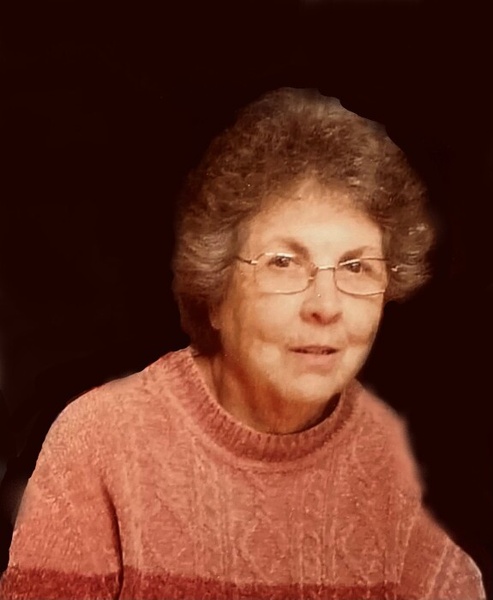 Joyce Lee Perry, 81, of Thurmont, passed away on Wednesday, December 15, 2021. Born August 22, 1940 to the late Richard and Mary Kathryn Cox, she grew up in Avondale, Maryland and, in 1972, moved to Frederick County with her family.
She was the beloved wife of Bobby G. Perry. They  would have celebrated their 60th wedding anniversary on January 27, 2022.
Joyce was given the gift of service during her time on earth. She had a generous kind heart and took care of everyone she met. To be in her presence meant that you were surrounded by love and care. People were drawn to her.  She used this God given gift in the work force as a cashier for Pantry Pride grocery store in Frederick and then as a Food Service Worker for Frederick County Public Schools. In 1991, she retired to begin taking care of her grandchildren.
Joyce enjoyed going to the grocery store, baking, word searches, and sharing her table and home with family and friends.  She was a devoted Christian who volunteered her time and passions to Lewistown United Methodist Church.  She had a talent for decorating the church refreshment table, especially during the holidays.  Her favorite television show was Survivor.
In addition to her husband, she is survived by her son, Robert Perry (Leah); daughter, Kathy Morgan (Bo); and was Grandma/Memaw to her grandchildren, Chris Perry (Laura), Mandi Fanelli (Phil), Stephen Perry (Megan), and Emily Morgan. In the spring, she was to become a great-grandmother.
Joyce was preceded in death by her best friend and sister, Doris Mae Cox, who lived with her until her passing in 2015.
The family will receive friends from 10 to 11a.m. on Wednesday, December 29, 2021 at Stauffer Funeral Home, 104 E. Main Street, Thurmont.
Memorial services will begin at 11 a.m. on Wednesday at the funeral home with Pastor Katy Mossburg officiating. The family will also receive friends immediately following services.
In lieu of flowers, memorial contributions may be made to Lewistown United Methodist Church; 11032 Hessong Bridge Rd, Thurmont, MD 21788.
Expressions of sympathy may be offered to the family at StaufferFuneralHome.com.

To order memorial trees or send flowers to the family in memory of Joyce Perry, please visit our flower store.