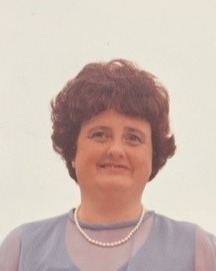 Judith Carol “Judy” Robeson, 82, of Point of Rocks, Maryland passed away peacefully on December 30th at her home with her loving husband of 65 years, Owen B. Robeson, by her side.
Born on August 26, 1940 at her home in Frostburg, Maryland, Judy was the daughter of the late Joseph Allen Clark and Jane Marie Evans Clark. She attended Beall High School in Frostburg and married her high school sweetheart, Owen, on August 31, 1957.
Judy dedicated her life to her family, as a stay at home wife and mother, and enjoyed spending time with her children, grandchildren, and great grandchildren. She also enjoyed stained glass crafting and watching mystery, crime and science fiction television shows.
She is survived by her husband Owen Robeson of Point of Rocks, MD, her children Brent Robeson of Town Creek, AL, David Robeson (Theresa) of Columbia, MD, Paul Robeson of Greensboro, NC, Elizabeth Mitchell (Jeremiah) of Point of Rocks, MD, ten grandchildren, and eleven great grandchildren. In addition to her parents she is proceeded in death by her sister Mary JoAnn Pratt of Frostburg, MD.
The family will receive family and friends from 2-4 pm and 6-8 pm on Sunday, January 8, 2023, at Stauffer funeral Home, 1621 Opossumtown Pike, Frederick, MD 21702. A mass of Christian Burial will be held at 11 am on Monday, January 9, 2023 at Saint Joseph’s on Carrollton Manor Catholic Church 5843 Manor Woods Road, Frederick, MD 21703. Father Matthew Defusco will be the celebrant. Interment will follow in the church cemetery. Expressions of sympathy and flowers may be shared with the family at www.stauffersfuneralhome.com.  In lieu of flowers, donations can be made in Judith’s name to Frederick Health Hospice at www.frederickhealthshospice.org. The family would like to thank Frederick Health Hospice for their care and support during Judith’s time of need.

To order memorial trees or send flowers to the family in memory of Judith Carol "Judy" Robeson, please visit our flower store.