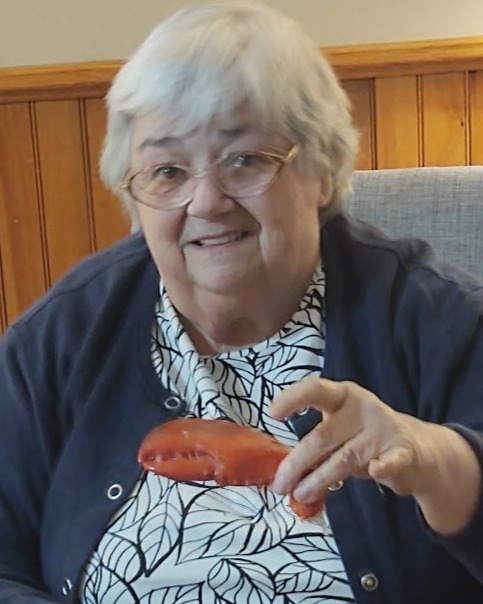 Judith Elaine Upchurch, 77, of Brunswick, Maryland, passed from this life on Saturday, January 21, 2023 at Sterling Care South Mountain in Boonsboro, MD. She was the wife of the late Edwin Upchurch, who predeceased her in 2007.

Born on August 21, 1945, in Frederick, MD, she was the daughter of the late Reverdy Eli Keeney and Frances (Saxton) Keeney.

Judith was a wonderful cook, loving mother, grandmother, and great-grandmother. She enjoyed family gatherings, shopping and lunches with her best friend, Barbara Johnson. She loved her pets, especially the company of Lily her cat.

She was predeceased by a son, Robert L. Murray; and brother, James Keeney.

The family would like to thank the staff of Sterling Care South Mountain for the care given to Judith the last year.

A graveside service will begin at 11 a.m. on Saturday, January 28, 2023 at Resthaven Memorial Gardens, Frederick, with Rev. Tim May officiating.

Donations to the family may be made at https://linkprotect.cudasvc.com/url?a=https%3a%2f%2fwww.gofundme.com%2fmanage%2fjudith-e-judy-upchurch%2fdonations%3futm_medium%3demail%26amp%3butm_source%3dproduct%26amp%3butm_campaign%3dp_email%252B4803-donation-alert-v5.

To order memorial trees or send flowers to the family in memory of Judith Elaine Upchurch, please visit our flower store.