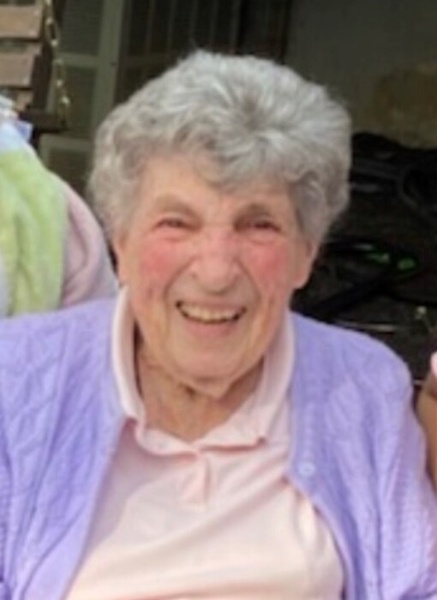 June Bachtell, 99, of Walkersville, passed away on Friday, April 22. She was the wife of the late Edward Bachtell who predeceased her on January 11, 2018. They were married for 71 years.

June was born on September 9, 1922 in Smithsburg, MD to the late Raymond and Edith Frey.

The majority of her life was spent as a homemaker. She spent many years sewing of all kinds, crocheting and reading. June continued to crochet and read as well as word searches and jigsaw puzzles. She always tried to keep busy. Probably her biggest accomplishment was being able to remain in her home independently. The family expresses their gratitude to her numerous neighbors who helped make this possible as well.

She loved pictures and visits with her great grandchildren Brayden, Kinsley, Lily, Catherine, Maddie and another coming early July. Her family brought her so much happiness.

In addition to her husband, she was predeceased by her son, James Bachtell and a grandson Matt Bachtell.

A private service for the immediate family will be held at a later date.

Services provided by Stauffer Funeral Home and online condolences may be expressed to the family at www.StaufferFuneralHome.com

To order memorial trees or send flowers to the family in memory of June Bachtell, please visit our flower store.