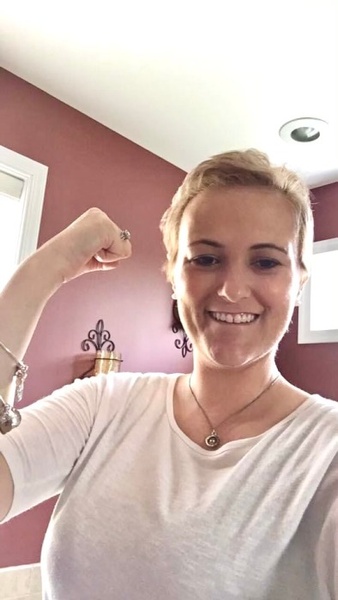 Kathryn Elizabeth Snider, 36, passed away peacefully at home with her family by her side Thursday, August 12, 2021, in Smithsburg, Maryland after her 5 year long and very courageous battle against brain cancer. She was the loving wife of Dan Snider and mother of Noah and Adeline.

In addition to her loving husband and children, Kathryn is survived by her brother, Charles Six and sister-in-law, Maya Six, and her two nieces Sofia and Danica Six, from Lenoir City, Tennessee. Kathryn was greatly loved and will be remembered by her uncles Chuck Harp and Tom Harp, by her aunts, Debbie Harp, Elaine Harp and Kim Harp; and by her cousin, Lizzy Harp. Kathryn was preceded in death by her uncle, Greg Harp.

Kathryn had an amazing circle of friends. Her warriors and angels were an amazing group with all their prayers, love, support and generosity. Kathryn and her family could not have gotten through this journey without them. Thank you all. The family also thanks Hospice of Washington County for all the help it provided to Kathryn and her family during the final months of her life.

In lieu of flowers, donations may be made to the Glioblastoma Foundation , PO Box 62066 Durham, NC, the Frederick County Coalition for the Homeless , ICO United Way of Frederick County, PO Box 307, Frederick, Maryland 21705 or to the Hospice of Washington County , 747 Northern Avenue, Hagerstown, Maryland 21742.

To order memorial trees or send flowers to the family in memory of Kathryn Snider, please visit our flower store.