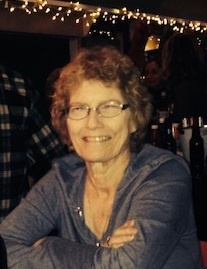 Kay Summers, 78, passed from this life to the next September 20, 2021, at Oakland Manor in Sykesville, Maryland surrounded by the love of her family.

Kay was born February 17, 1943, in Frederick, MD to Howard Kerchner MSGT retired, and Betty Hoffman. She attended Frederick High School and, following her graduation in 1961, began working at C&P Telephone Company. Kay held a variety of jobs including a travel agent, office secretary at Thurmont elementary school and Green Valley elementary school, Calculon/ARC administrative assistant, and Stauffer Funeral Home office manager in 1992 until retirement in 2008. Outside of the workplace, Kay involved herself in the community. She was active in the Great Frederick Fair where she could be found in the 4H goat club, the home and garden building or City Streets Country Roads; she was a member of the New Market Community Grange and assumed state offices including Secretary and Treasurer; and she was a member of the Libertytown United Methodist Church. Kay indulged her entrepreneurial hankerings with a long venture in Longaberger Baskets. She was known for her smile, sweet demeanor and always excited to see a friend, especially so with her grandchildren. Kay is predeceased by her parents.

Visitation will be held on Monday September 27th at Stauffer Funeral Home, 1621 Opossumtown Pike Frederick, MD from 2:00 pm to 4:00 pm and 6:00 pm to 8:00 pm. A funeral service will be held on Tuesday September 28nd at 11:00 am at Stauffer Funeral Home with an interment following at Mt. Olivet Cemetery 515 South Market Street Frederick, MD. In lieu of flowers, memorial donations may be sent to Libertytown United Methodist Church, 12024 Main St, Libertytown, MD 21762.

To order memorial trees or send flowers to the family in memory of Kay Summers, please visit our flower store.