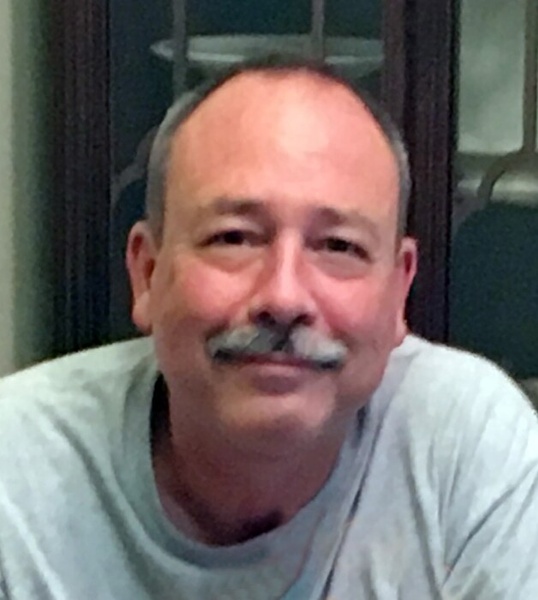 Ken was born in Hagerstown, MD on September 29, 1961, and grew up in Brunswick, MD. He had fond memories as a child, visiting his grandparents Ida and Perry “Pete” Foltz on Sunday evenings and spending time with aunts, uncles and cousins. He attended Brunswick High School, where he met and first dated his future wife, Joann. A well-liked member of the football team, Ken was affectionately nicknamed Foltzy and known for his easy-going attitude and signature slow strut.

After graduating, he held various jobs before enlisting in the United States Navy in 1982. Stationed aboard the USS Iowa, Ken traveled the country and the world, with deployments taking him to the Panama Canal, Persian Gulf, and Puerto Rico. His superior officers quickly recognized Ken’s maturity and natural leadership abilities. He served for six years and was honorably discharged in 1988. Following active duty, Ken continued working for the military in various capacities. He was a project lead, specializing in electronics and communications for the Department of Defense, Navy, Mobile Deployable Systems Engineering and Integration Naval Air Warfare Center Aircraft Division at the Webster Field Annex of Naval Air Station Patuxent River. His career spanned 20 years, and Ken is remembered as a hard-working, dedicated team member by colleagues. Many of his coworkers call Ken their mentor.

For Ken, there was nothing more important than family. As a devoted father, he worked tirelessly to provide a comfortable life for his children. Today, he would be proud to see his eldest son Jacob working also at PAX River, his daughter Becca preparing to start a career as a speech and language pathologist after earning her master’s degree from West Virginia University, and his youngest son Lucas working for Amazon and getting ready to finish his bachelor’s degree.

Ken’s final years were some of his happiest. Prompted by a class reunion, Ken reconnected with his high school sweetheart, Joann. The couple married in 2015. The ceremony was held at the home of Joann’s brother Dave and sister-in-law Pat in Jefferson, MD. The day was marked by a heavy rainstorm. Joann and Ken took it as a sign of good luck, and the celebration continued unabated, with friends and family in attendance from across the country.

Those closest to Ken describe him as a “big softie.” Visiting his niece Amy and her children in California were always special occasions. A true-blooded Marylander, he loved backyard crab feasts and living near the bay in a rural setting. He had a legendary sweet tooth, especially when it came to ice cream. Thanks to his engineering background, Ken could fix just about anything and was always helping family with DIY projects.

Ken will be missed and dearly remembered by all those who knew and loved him.

A memorial service will be held Saturday, June 11 at Stauffer Funeral Home, in Brunswick, MD; with visitation from 10:00-11:00am and service beginning at 11:00 am. Interment will follow  at The Burkittsville Union Cemetery in Burkittsville, MD.

To order memorial trees or send flowers to the family in memory of Kenneth Foltz, please visit our flower store.