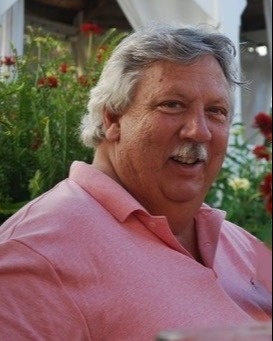 Ken was born on October 20, 1951 in Laurel, Maryland.  He was the son of the late August J. and Sylvia G. (Davis) Myers.  He was preceded in death by his wife, Barbara Ann Myers.  He is survived by his daughters, Lori M. Ochs (Joe), Melissa R. Myers; and two stepdaughters, Shelly Simon and Amanda Smith; grandchildren, Corey, Connor, Matthew, William, Abby, Brady, Ella Grace, Sofia, Logan, Peyton, Christian, Kenzie, Jordan, and Jase; and sisters, Linda Clark, and Faith Phillips (Mitch).  Ken was preceded in death by his sisters, Joan Myers and Carolyn Myers.

Ken was an excellent husband and deeply loved his wife, Barbara.  He was a romantic at heart and loved to plan out surprise trips with her.  Every detail was thought of and he knew how to sweep Barbara off her feet.

Ken was full of life and many would describe him as loyal, faithful and hard-working.  He worked two jobs nearly all his adult life.  Ken was with NSA for 36 years, retiring in 2007.  He was also at The Wilburn Company for 35 years, from 1983 - 2018.  His work ethic was second to none and an inspiration for everyone around him.  People loved to work for Ken.  He was a great leader and wouldn’t hesitate to give someone the shirt off his back.

Providing for his family was always import to Ken and he showed it in many ways.  Ken was especially skilled at showing love through feeding friends and family.  Ken spent countless Sundays in the kitchen, preparing the following week’s dinners for his aging mother and sister, while also making legendary lunches for his young daughters.  Even the girls’ teachers took notice of the Michelin star lunches the girls brought to school.  He shared the love with friends, often making his “Maaars” burger (Myer’s Burger in slang).  He made sure that the rest of the family got involved too.  Mother’s Day was always a fun holiday.   Ken would enlist all the men in the family, husbands and grandsons, and take over the kitchen while the Moms all relaxed.  Crab cakes or chicken parmesan were typically on the menu.  Everything from Pop’s kitchen was beyond restaurant-quality and made with love.

Ken had an amazing sense of humor and he loved the beach, spending as much time at Rehoboth as possible.  Back when the girls were young, the family would spend evenings out to dinner on the boardwalk.  As Ken got older, spending time on the beach became physically difficult for him.  Ken still found ways to be with the family.  Some days, he would drive out to the sand where his daughters and their families were surf fishing.  We joked it was our version of Uber Eats. He’d drive his Jeep to us and we’d serve a burger as he rolled down his driver’s side window.  If we went out on the ocean to fish, he’d meet us at the dock to see what we caught.  Ken always showed up, even if he wasn’t feeling well.  Spending time with family and friends and showing them love were all part of what made him such an amazing person.

After Barbara passed, Ken would take his dog, Sonny to Rehoboth.  Ken always stayed with Bill Sutch, his best friend of 51 years.  They’d take Sonny to the boardwalk and buy an ice cream cone.  Ken would take a lick from one side, then Sonny the other.  Apparently, his desire to show love by sharing food extended to his dog too.

When Ken was growing up, his Mom said that he’d become a Pastor.  Ken was a man with a strong faith in God.  He made sure his girls had a deep love and relationship with Jesus.  He didn’t become a Pastor but he did a great job leading his flock at home.

The family will receive friends from 2 to 5 p.m. on Saturday, October 8, 2022 at Stauffer Funeral Home, 1621 Opossumtown Pike in Frederick, MD.

A celebration of Ken's life journey will take place at 2 p.m. on Sunday, October 9, 2022, at Stauffer Funeral Home in Frederick. Pastor Paula Canby will officiate.

Private burial will be held at a later date. Expressions of sympathy may be offered to the family at StaufferFuneralHome.com.

To order memorial trees or send flowers to the family in memory of Kenneth Dwight Myers, please visit our flower store.