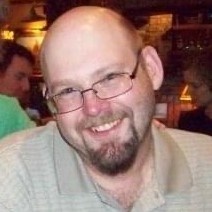 Born on July 5, 1974, in Frederick, he was the youngest son of the late Kenneth M. W. and Billie Zoe Fox of Middletown.
He is survived by his older half brother Steve M. Fox and his wife Krissy of Frederick, his Grandmother Iris McCrea of Harpers Ferry, WV and his Uncles: John Burner, David Campbell and his wife Sandy, and Bruce Campbell.

Kenny's Dad was the President of a local Bass fishing club which both Kenny and Steve were members of while growing up and many  great times were had out on the water fishing. Later in life the three of them would switch to golf. Kenny was an amazingly talented artist and could spend hours working on a painting or drawing. He was a graduate of Middletown High School, Class of 1993 and went to Frederick Community College, majoring in Art. He loved to play video games and as a big Star Wars fan, he loved going to the movies. He was very creative in anything he decided to do and was an insanely loyal friend, a very kind hearted soul and will be missed by and remembered by all, especially his close friends Cody Baugher, Natasha Termohlen and Kay Eyler.

The family will receive friends on Monday, June 6 from 10:00 to 11:00 AM at Stauffer Funeral Home, 1621 Opossumtown Pike, Frederick.  A funeral service will immediately follow the visitation time at 11:00 AM.  Interment will be in Mt. Olivet Cemetery, Frederick.

To order memorial trees or send flowers to the family in memory of Kenneth "Kenny" Fox, please visit our flower store.