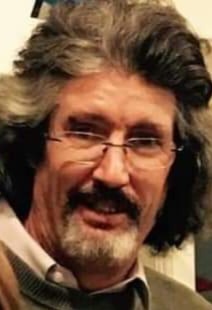 Kevin Paul Lancaster, 64, of Frederick, Maryland, passed away unexpectedly on January 28, 2022. He was the son of the late Thomas P. and Bernadette P. Lancaster.

Kevin’s generosity was bigger than his stature and his compassion for those less fortunate was immeasurable. Whenever he saw a need in the community, he would do anything to help. In 2020 Kevin participated in the world’s largest Jeep Parade, ‘Jeeps for Georgie,” benefitting 4- year-old Jeep-loving Georgie, who was diagnosed with terminal cancer. But Kevin’s service did not end when the parade did. He organized a group to go to Georgie’s home to help with essential repairs to provide a comfortable, secure environment during an extremely difficult time.

Kevin was deeply rooted in his faith, heritage, and political views, and was always eager to have constructive conversations with everyone. He was steadfast in his beliefs and encouraged individuality.

He was proud of his ancestry and enthusiastic about learning from history. Kevin was a brilliant craftsman and selflessly helped friends, neighbors, and family with home improvements.

God gave him a big heart for the less fortunate, particularly the homeless. He gave many of his resources and even opened his home to those in need. It was only fitting that Kevin took his last breath working on the construction of the Emergency Shelter on Hayward Road.

Kevin will be missed by all who knew him, and we find comfort knowing he is at eternal peace with our Lord.

In lieu of flowers, donations may be made to The Religious Coalition, 27 Degrange St., Frederick, MD 21701. Online condolences can be made at www.staufferfuneralhome.com

To order memorial trees or send flowers to the family in memory of Kevin Lancaster, please visit our flower store.