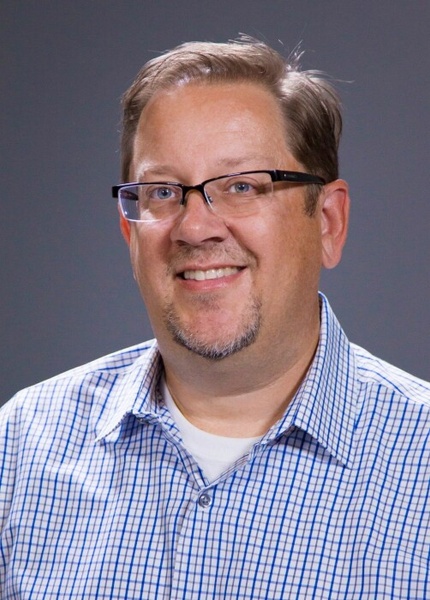 Kurt is survived by his parents, Louis and Elaine Witt; his wife, Jennifer Witt (née Weaver); his children, Meridythe Josephine and Gavin Lucas Witt; his sister and brother-in-law, Dawn and Keith Saxton; and his niece and nephew, Alison and Erik Saxton. He is predeceased by his grandparents, Harriet and Walter Beiswenger and Lewis and Esther Witt.

Kurt was born in La Crosse, WI on October 4, 1967 and was baptized and confirmed in the Lutheran faith. He graduated from North Dakota State University in 1991, earning a Bachelor of Science degree in Secondary Music Education with an emphasis in piano and trombone. He followed this lifelong passion and worked both as a performing musician and in the music products industry the entirety of his professional career, first at the Music Connection in Forest Lake, MN servicing school accounts and teaching piano lessons.

The remainder of his long and successful career continued with the Yamaha Corporation of America Band and Orchestral Division in Buena Park, CA as the Wind Instrument Product Marketing Manager. Kurt was awarded the prestigious Yamaha Global President’s award for excellence Marketing in 2008. In 2010, he relocated with his family to work for Woodwind & Brasswind as Director of Merchandising and ultimately General Manager in South Bend, IN and was most currently serving its sister company, Music & Arts, as Director of Merchandising in Frederick, MD. He was the recipient of a Guitar Center President’s Award for Excellence in 2017 and was again nominated in 2021, based upon his contributions during the pandemic.

Kurt and Jennifer met at the 2000 National Flute Association Convention in Columbus, OH, where they discovered their mutual passion for music performance and playing golf. United in Christian faith, they were married on July 13, 2002 and welcomed their two beautiful and musically-talented children into a home filled with instruments, a deep sense of family devotion, and laughter.

An active, loved, and respected member of his community, Kurt served in music ministry at Zion Lutheran Church in Middletown, assisted with coaching roles in recreational youth soccer and lacrosse for the Middletown Valley Athletic Association, and assisted as a committee member with the Boy Scouts of America, Troop 273 in Myersville, MD.

In life, Kurt was a gentle, kind, patient, and persevering husband and father who devoted his life to supporting and nurturing relationships with his family members, friends, and colleagues. Affable and eager to help by sharing his many talents, he leaves behind a lasting legacy of service that ranged from music recording and video production projects to developing web and social media campaigns, or simply offering his time and insights. In death as in life, his generosity of spirit led to his ultimate gift of selflessness as a designated organ donor.

“Be thou faithful unto death, and I will give thee a crown of life.” Revelation 2:10 KJV

To order memorial trees or send flowers to the family in memory of Kurt Witt, please visit our flower store.