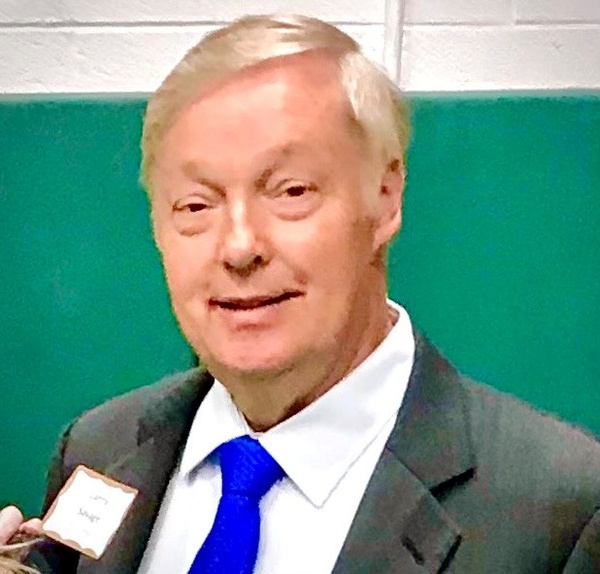 Lanny R. Savage, 68, of Mount Airy, MD, went to be with the Lord on Saturday, June 4, 2022, at Adventist Healthcare White Oak Medical Center in Silver Spring, MD from complications following a quadruple bypass heart surgery.
He was born on January 12, 1954 in Oakland, MD and was the son of the late Earl C. Savage and Catherine Wright Savage of Deep Creek, MD. He attended Northern High School and graduated in 1972.  While in high school, Mr. Savage met the love of his life, Judy Rounds.  These high school sweethearts married on October 27, 1973.  They lived their life side by side faithfully and lovingly for nearly 49 years, with nothing ever separating them for more than a day.  Anyone that knew Lanny understood there was nothing more important to him than Judy.
Mr. Savage attended the Tepper School of Business at Carnegie Mellon University and graduated with honors from The Pittsburgh Institute of Mortuary Science.  While in Pittsburgh, he became an avid fan of the Pittsburgh Steelers.  This is something he would carry throughout his life and share with his son.
Mr. Savage was a caretaker of the community for nearly 45 years.  He worked at several funeral homes throughout the state of Maryland, with most recently working as the Manager of Stauffer Funeral Homes for nearly thirty years prior to his retirement due to health reasons in 2018.  During this tenure, Mr. Savage met with and cared for thousands of grieving Maryland families over the years.  He was also recognized as the youngest national manager ever for SCI (Service Corporation International) during this period.
Lanny took no greater joy than being with his family.  In addition to his loving wife, Judy, they had one son, Gregory, and daughter-in-law, Nichole, and three grandchildren, Alexis, Trinity and Mia Savage, all of Sykesville, MD.  They were truly the joy of his life.  There was nothing that made him happier and laugh more than spending time with Judy, Greg, Nichole and his three beautiful granddaughters.  He constantly said a father and grandfather could not be more proud.
He is also survived by three sisters, Connie Henline, of Brunswick, OH, Donna Wagner, of Oakland, MD, and Kathy Lawson of Cardale, PA, in addition to numerous brother and sister-in-laws, nieces and nephews.
Family and friends may celebrate the life of Mr. Savage on Tuesday, June 7, 2022 from 6-8 pm at the Stauffer Funeral Home at 1621 Opossumtown Pike in Frederick, MD. Funeral arrangements will be held on Wednesday, June 8, 2022 at 1:00pm at the same location.  Interment will be at the Pine Grove Cemetery at 711 S. Main Street Mt. Airy, MD, directly following the service.
To order memorial trees or send flowers to the family in memory of Lanny Savage, please visit our flower store.