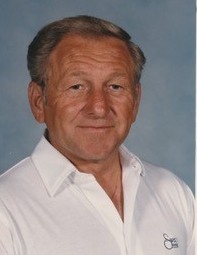 Laszlo Zsebedics, loving husband, father, grandfather, great-grandfather and uncle, age 89, of Forest Hill, Maryland, passed from this life on Wednesday, November 24, 2021, peacefully, with his wife by his side.

Born on July 18, 1932, in Hungary, he was the son of the late Joszef Zsebedics and Maria Kovacs.  He grew up in Gyorszentivan, Hungary.  After high school, Laszlo played 3rd division soccer in Gyorszentivan then played 1st division professional soccer in Gyor.  Laszlo became part of the Resistance during the Hungarian Revolution and later escaped Hungary into Austria in 1956.  He spent 3 months in a refugee camp in Austria then came to America.  He was then sponsored by the United Methodist Church in Westminster, Maryland where he lived with a family in Westminster for a time. He went to night classes to learn English at the church and the church helped him find a job.  Numerous benefactors, including Philip Uhrig and Douglas Chandler, paid for him to go to Western Maryland College.  He still wasn’t fluent in English while attending college full time.  He used a Hungarian/English dictionary to help him translate and communicate while completing his classwork.  While he attended college, he played soccer and was an All-American Soccer player in 1961. He met his wife, Janet Bowman, at the United Methodist Church.  She sang in the choir.  They were married in 1962. Their son, Gregory, was born in 1963 and daughter, Lisa, was born in 1965.

He taught physical education at Overlea High School.  He and his family moved to Austria, and he taught at a high school in Austria for a year as a teacher abroad.  Then he returned to Maryland and continued to teach at Overlea High School. During his tenure at Overlea H.S. he coached soccer and in 1971 his team became State Champs. Later he moved to Chesapeake High School.  He coached many sports including soccer, gymnastics, indoor/outdoor track and field and golf. In 1979 he coached an Under 18 soccer team and they traveled to the Helsinki Cup and Gothia Cup in Finland, Holland and Sweden.  He sadly lost his daughter, Lisa, in 1984.

He retired in the early 90’s.  After retirement, he and his wife, Janet, traveled extensively.  They returned to Hungary numerous times as well as other countries in Europe and all over the U.S.

Laszlo loved spending time with his family and friends, travelling, boating, being on the beach, playing golf, eating crabs, fishing and watching sports.

In lieu of flowers, donations may be made to a charity of your choice in Laszlo’s name.

To order memorial trees or send flowers to the family in memory of Laszlo Zsebedics, please visit our flower store.