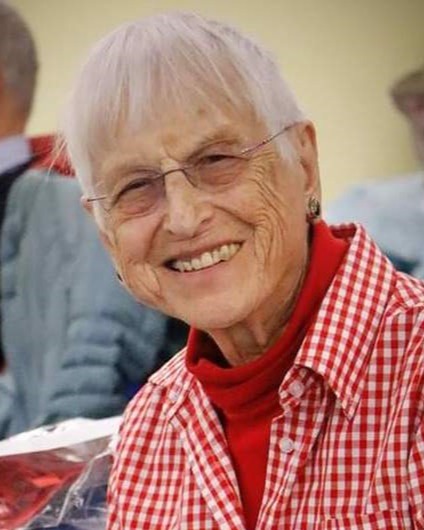 LaVerne Helen Havelka, 92, passed from this life December 3, 2022 at Tranquility of Frederickstowne assisted living center in Frederick, Maryland. A longtime resident of Silver Spring, Maryland, she moved to Frederick in 2019.

Born April 28, 1930 in David City, Nebraska,she was the daughter of Charles Fisher and Emma Cordelia (Masek) Fisher. She was preceded in death by her beloved husband of 64 years, Joseph Frederick Havelka, and a son, Jonathan Grant Havelka.

Upon her retirement as a Buyer for the University of Maryland, LaVerne pursued her passionate love of dogs. Training and competing with Hermie, Sadie and Cooper in several disciplines, including obedience, agility and musical freestyle, she and her dogs (including later pups Chico and SuzieQ) also participated in therapy work with various nursing and vet homes, and the Children's National Medical Hospital Center. As a member of the Greenbelt Dog Training Parade Drill Team she participated in numerous parade events.

Donations may be made in her name to the American Cancer Society, 801 Roeder Rd., Ste. 800, Silver Spring, MD 20910 or at www.cancer.org/donate <http://www.cancer.org/donate> or to the Canine Training Association, 6826 Distribution Drive, Beltsville, MD 20705.

To order memorial trees or send flowers to the family in memory of LaVerne Helen Havelka, please visit our flower store.