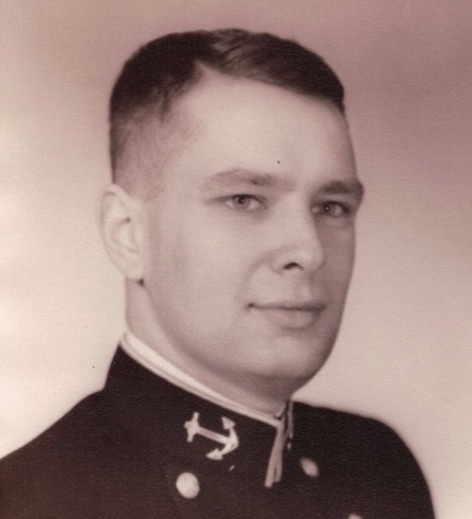 Born on November 11, 1936, in Minneapolis, MN, to Milton and Mamie Heiges (nee Schroeder). John graduated from DeLaSalle High School and attended the University of Minnesota for one year before entering the United States Naval Academy (USNA). He graduated from the USNA in 1959. John met his future wife, Shirley Mae Claussen, on a blind date in 1962 while he was stationed aboard the USS YORKTOWN (CVS 10) in Long Beach, CA. One year and one day later, they were married in Long Beach while John was between terms at the Navy Postgraduate School, Monterey, CA.

John was the NAVFAC Commanding Officer on Adak, AK, 1971-1973, and was a pioneer in NOD, Naval Operations Deception. He retired from the Navy after 20 years in San Diego, CA, where he was known as the NOD Father. He moved the family to Maryland, where he spent the remainder of his career serving the USA as a defense contractor with a high-level security clearance.  John and Shirley were active in local Navy and civilian Catholic Church communities for many years.

John is pre-deceased by his wife Shirley and is survived by three children Sharon H. Kneebone (Scott), John A. (Cassie), and Patricia H. Winter, as well as seven grandchildren.  A memorial service will be held on 23 September at 11:00 am at St. Joseph-on-Carrollton Manor Catholic Church in Frederick, MD, with a reception to follow. John will be interred with Shirley in the Naval Academy Columbarium at a later date, with close family in attendance.

To order memorial trees or send flowers to the family in memory of LCDR John Milton Heiges (RET), please visit our flower store.