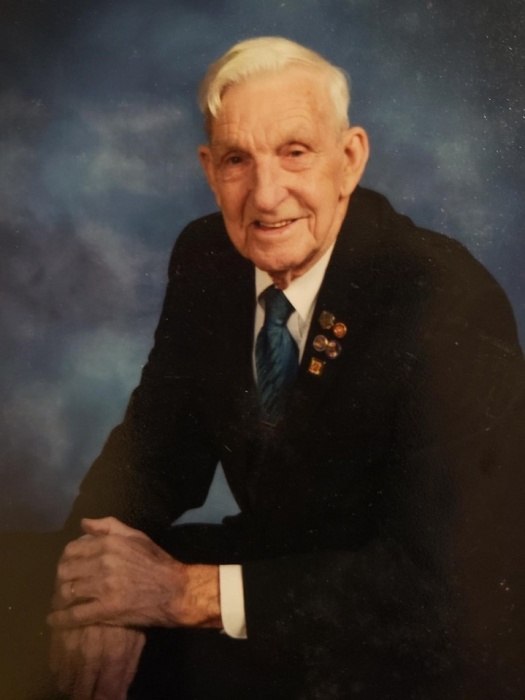 Leonard “Pete” Ulysses Higdon, 96, of Knoxville, Maryland, passed peacefully from this life on Tuesday, May 31, 2022, at his home in Brownsville, MD. He was the beloved husband of the late June Iona Lowman Hidgon for 64 years.

Born on April 10, 1926, in Weverton, Maryland, he was the son of the late Bruce Leonard and Mildred Sophia (Spencer) Higdon.

Pete attended Boonsboro High School and joined U.S. Marine Corps, in April of his senior year proudly serving in the Pacific Theatre during the Invasion of Okinawa then sent to China to finish his tour.  Pete then received his diploma at the Washington Co. Board of Ed in 2017, 70 years after his classmates. He was a lifelong member of Brownsville Church of the Brethren, where he served as a member of the Deacon body, was a Sunday school teacher, Board Chair, a member of the choir and chaired many other committees.   Pete organized disaster trips with COB disaster team, with the church whenever they received a call to rebuild.  He received an award from the state of MD for his service with Habitat for Humanity.  Pete was a member of the Keedysville Masonic Lodge, #197 from 1953-present, serving twice as Grandmaster and a member of the Boonsboro American Legion, Post #10. In 1988 he retired from Fairchild after 39 years and began to enjoy the fruits of his labor, traveling throughout the United States (49 states visited) , Ireland, Italy the Caribbean, and Canada.  Pete was a loving husband, father and grandfather and enjoyed spending time with his family, especially vacationing at the Outer Banks in NC with them.  He loved having his coffee on the deck watching the sunrise over the Atlantic, the small grandchildren playing in the sand, the older one’s surfing and then fixing a big pot of shrimp for all to enjoy.  This "simple" man will be missed by many.

Memorial donations may be made to either the COB Parsonage Fund, the John and Ruth McGolerick Emergency Fund or the F.A.Y. Fund, make checks payable to BCOB and specify which fund in the note section.

To order memorial trees or send flowers to the family in memory of Leonard "Pete” Higdon, please visit our flower store.

Brownsville Church of the Brethren