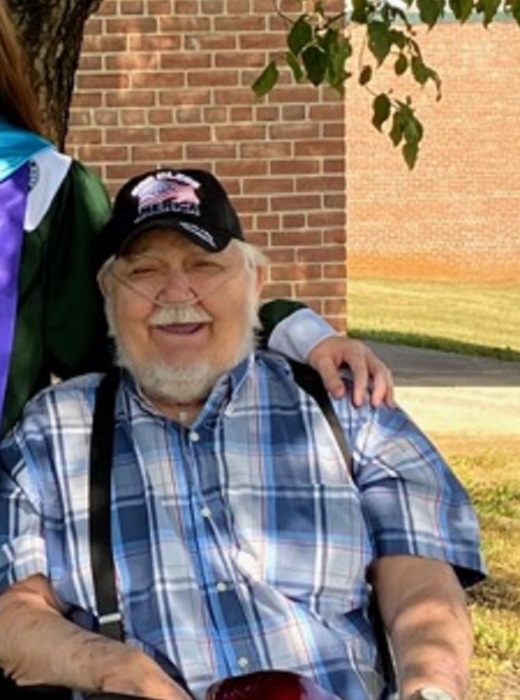 Lloyd Martin Smith Sr., 76, of Hagerstown, MD was able to “Go Home” on Sunday, January 23, 2022 into the arms of the Lord. He was the beloved husband of Cindy “Shank” Smith for over 42 years.
Born on July 8, 1945, in Rohrersville, MD he was the son of the late David Albert and Annabelle Brown Smith.
Lloyd was a 1963 graduate of Boonsboro High School.  He proudly served his country in the US Army with the 577th Engineering Battalion in Viet Nam. While in Viet Nam, Lloyd was instrumental in assisting with building of numerous hospitals.   Lloyd was dedicated to his church, Mt. Zion Lutheran, and was always involved with projects. He spent countless days and weeks helping build Friendship Hall and according to Lloyd, this was his greatest accomplishment he could do for future generations.  In his younger days, Lloyd worked for numerous farmers in the Rohrersville / Locust Grove Area, including the Shifler Farm. Working on the farms led him to become very active at numerous livestock exchanges. Lloyd served on the Board of Directors at the former Farmers Livestock Exchange in Boonsboro. For over 35 years, Lloyd worked for Hagerstown Paint and Glass as an overhead door mechanic and delivery driver.  Lloyd was a member of the Rohrersville Ruritan where he served as President and was always found working in the kitchen, usually making his famous ham and bean soup. He was also involved with the Western Maryland Pullers and Clopper-Michael American Legion Post 10 (Boonsboro).
Lloyd loved to attend auctions, looking for that next deal or his favorite item, a handsaw. If not at an auction, Lloyd could be found attending a butchering, lending a hand to whoever needed it, working on a building project or telling stories of his early life. But Lloyd’s favorite hobby was spending time with his family, especially with “Pappy’s Girls.”
In addition to his wife, he is survived by his children, Missy Dehaven (Doug), Tim Smith (Steph), JR Smith (Laura) and Tyler Smith (Rebekah); grandchildren, Drew (Brandy), Kayla (Will), Shelby, Luke, Annabelle, Maddie, Ren, Allie, and Emma (aka Bean); siblings, Sara Jane Palmer, Miriam Dunlap and David Smith; numerous nieces, nephews, cousins and the Shank family, that became more than just in-laws.
Lloyd’s lasts words to his family was, “It’ll be ok. I’m going to be fine.”
The family will receive friends from 6-9PM on Friday, January 28, 2022, at Bast Stauffer Funeral Home, 7606 Old National Pike, Boonsboro, MD, where a celebration of Lloyd's life journey will take place on Saturday, January 29 at 11AM.  Rev. Regina Beard will officiate, and Rev. Darrell Layman will assist.
Interment will be at the Mt. Zion Lutheran Cemetery.
Face coverings are optional.
Memorial donations may be made to Mt. Zion Lutheran Church, 20214 Locust Grove Rd., Rohrersville, MD 21779, Boonsboro Rescue Squad, 7619 Old National Pike, Boonsboro, MD 21713, or Funkstown Vol. Fire Co., 2 S. Westside Ave., Funkstown, MD 21734.
Per the family request the would like guests to come dressed casually. Lloyd saw people for who they were, not in what the wore.

To order memorial trees or send flowers to the family in memory of Lloyd Smith, Sr., please visit our flower store.