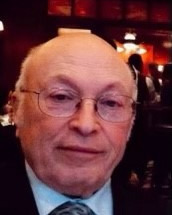 Louis Joseph DiGirolamo Jr. of Walkersville, Maryland passed away on Saturday, January 14 at the age of 86.
Louis was born on August 30, 1936 in Weehawken, New Jersey to Louis and Anna DiGirolamo; enjoying his childhood on a small farm in Keyport, NJ before moving to Holmdel.
Louis met his lifelong love, Kathleen DiGirolamo, in the fall of 1952, spending over 70 years together. They were married June 20, 1959.

Louis received a Bachelors Degree from Monmouth University and a Masters from Seton Hall University after which he became a public school teacher, enriching the lives of thousands of students across Monmouth and Burlington County, New Jersey.
Louis has served in all of his communities including as a member of the Knights of Columbus, President of the Matawan Italian-American Association, Chairman of the Italian-American Heritage Festival at the Garden State Arts Center in 1981, the President of the Sons of Italy of Pemberton, Member of the Pemberton Township Historic Trust, and Friends of the Vatican Library.

Louis had many hobbies, most notably a life long passion for model trains as a collector, the owner of OnTrax Hobbies, and as an operator and promoter of model toy train shows throughout the East Coast. Additionally, he researched genealogy & heraldry, painted family coats of arms, and spent several years hosting an Italian-American radio program out of Hazlet, NJ.

Louis is survived by his wife, Kathleen, four sons and daughters-in-law, 14 grandchildren, and 11 great-grandchildren.

To order memorial trees or send flowers to the family in memory of Louis J. DiGirolamo, please visit our flower store.