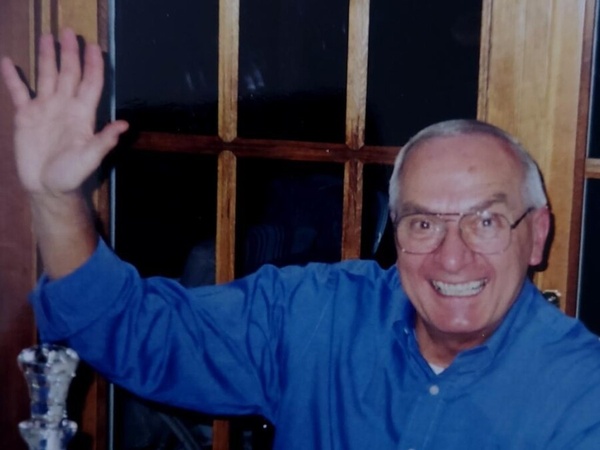 Louis C. Traini, 88, passed away on Thursday, June 9, 2022, at Tranquility At Fredericktowne in Frederick, MD.

Born on June 6, 1934, in Pottsville, PA, Lou was the eldest son of the late Clement Traini and Stella (Deramo) Traini. After the passing of both his father and stepfather, Dominick Coccia, he took the mantle of “man of the house” at eight years old, lovingly caring for his four siblings—Lillian, Baldine, John, and Gloria.

His commitment to family carried with him throughout his life. Lou maintained very close relationships with his mother, siblings, aunt, uncles, and numerous cousins. Holidays at the Traini houses were always bursting with Lou’s loud, loving Italian family (and those brave enough to marry into it).

Lou was deeply committed to his wife of 64 years, Angeline Traini, who captured his heart from their first dates dancing to the Big Bands to the very end holding hands in sickness and in health. With Angie, Lou was lovingly devoted to his four children—Lou Anne, Anthony, David, and Heidi—who carry on his humor, intensity, and endless commitment to family.

In addition to his family, Lou was active in his work and community. He began his career serving in the U.S. Army for 3 years as a Radar Technician, after graduating from Thaddeus Steven State School of Technology in 1955 with a technical degree in electronics and economics. After his military service, Lou continued his service to the country as a civil servant, working at the Federal Aviation Administration (FAA) for 34 years. In his time at FAA, he received over 50 accolades, letters of appreciation and commendation, and special achievement awards, far outnumbering his years of service.

Lou was unrivaled in his volunteerism and community engagement. His commitment to service was captured perfectly by the 2002 Frederick Evening Sertoma Club Service to Mankind Award. This lifetime achievement award honored his over 14,000 hours of volunteer service. Lou began his life of service in the Knights of Columbus, where he was an honorary lifetime, third-degree member for 64 years. Lou stayed actively engaged in his children’s education, serving as the Vice President then President of the Walkersville High School Parent Teacher Association (PTA) for 4 years and concurrently as Vice President of the Frederick County PTA for 3 years. Lou also volunteered his time for several years doing the taxes for low-income families and served as a dedicated member of the Homeowners Association in Walkersville for 16 years, acting as President for 5 years. In Lou’s abundant free time, he also managed to serve as Vice President, President, and/or on the Board of several other organizations including: The Men’s Organization of the Christ the King Catholic Church in Benton, the Benton Area Indust. Fund, Planning Commission, Park Commission, and Youth Center, and the Parish Council at Saint Peter’s Catholic Church in Libertytown, MD.

The family will receive friends from 5-7pm on Thursday, June 16, 2022, at Stauffer Funeral Homes, 1621 Opossumtown Pike in Frederick, MD. A Mass of Christian Burial will take place at 11am on Friday, June 17, 2022, at St. Peter's Catholic Church, 9190 Church St. in Libertytown, MD. Msgr. John A. Dietzenbach will preside. Interment will be at St. Peter the Apostle Catholic Church Cemetery. Expressions of sympathy may be offered to the family at StaufferFuneralHome.com.

To order memorial trees or send flowers to the family in memory of Louis Traini, please visit our flower store.