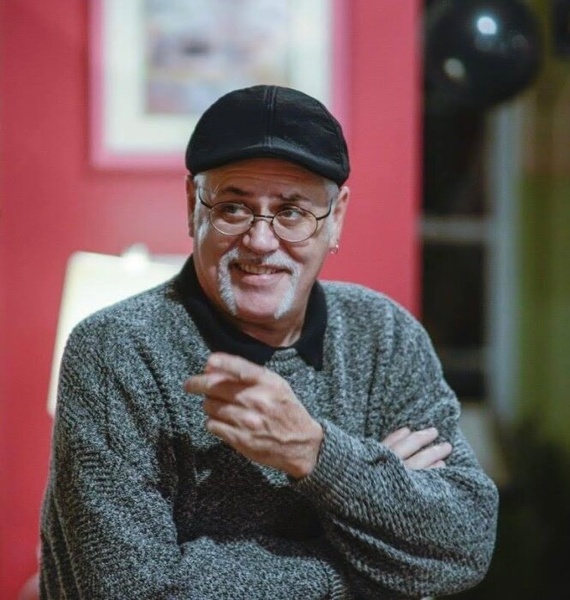 Born April 20, 1964, in Washington, D.C, Grant was the son of the late James Henry Allen, Jr. and Marie Woodward (Hodges) Allen. He grew up in the Wheaton Woods area of Rockville, Maryland, and was a member of the Robert E. Peary High School Class of ‘82. It was during high school that Grant discovered his talent for cabinet making and bricklaying.

Grant had a passion for artistic woodworking, and he was in his element when he was creating something unique, whether it be a walking cane crafted from a twisty stick (which he was happy to gift to friends upon attaining a certain age of maturity!), or assembling over 100 pieces of wood to create a beautiful vase. He mastered the art of hand carving, bowl turning, furniture making, house building and renovation, all of which he painstakingly performed to ensure survival for years to come. Grant was also very skilled at tie-dyeing, and he was immensely proud of his first attempt at knife forging. Indeed, he was multitalented! He enjoyed beautiful sunsets, viewing the night sky in all its glory, and discussing life and mysteries. Of all his passions, however, none won out over his love for family and friends.

Grant was preceded in death by his sister, Elaine Dunning, and brother William Allen.

In lieu of flowers, memorial donations may be made in Grant’s name to Frederick Presbyterian Church.

To order memorial trees or send flowers to the family in memory of Louis "Grant" Allen, please visit our flower store.