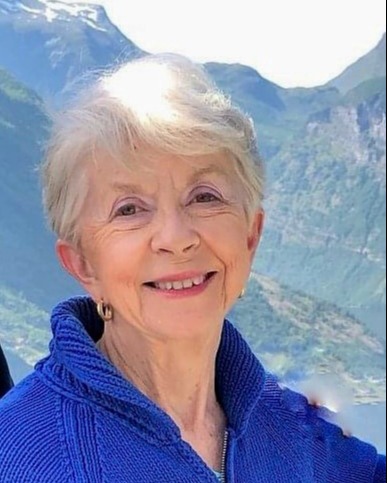 Lynne Haddock Harris, 81, of Monrovia, Maryland, passed from this life on Tuesday, November 29, 2022, at John Hopkins Bayview in Baltimore, MD.  She was the beloved wife of John Harris for 56 years.

Born on November 5, 1941, in Charlotte, NC, she was the daughter of the late Gordon McFarland and Laura Sophia (Owens) Haddock. She spent most of her growing up years in Atlanta, Georgia and graduated from Northside High School in Atlanta. She was also blessed to have her amazing late grandmother, Lillian Owens, and her late aunt, Mildred Owens, in her life. In her youth, the seeds for Lynne’s passions in life were planted around education, church, and family.

Lynne graduated from Newcomb College of Tulane University with a degree in foreign languages and literature. With the ability to speak five languages, she was hired as a translator for the National Security Agency. Moving north to Washington DC, she met a North Carolina boy, with a plane, a sports car, and a passion for fishing and camping (which she had NEVER done before). After making him wait for a bit she finally said “yes!” on New Year's Eve 1965.

After two children, a move to Frederick County, and a few years focusing on motherhood, Lynne found one of her passions in educating children. She completed her certification and Masters at Hood College before beginning a 38-year career in Frederick County Schools. She spent the majority of those years teaching kindergarten at Green Valley Elementary School. She also taught at Oakdale Elementary and Glade Valley Elementary, was a certified reading specialist, helped lead Gifted & Talented programs, and developed school curriculums. This meant that it was IMPOSSIBLE to go anywhere without meeting former students who all remembered and loved Mrs Harris. Her passion for education was recognized when she was awarded the 1992 Washington Post Teacher of the Year Award and the 2006 National PTA Lifetime Achievement Award. But her most cherished recognitions were the series of visits, calls, and messages from her former students.

In addition to her husband, she is survived by her children Laura (Bruce) Albertson and John (Leslie) Harris and grandchildren, Bryan, Kyle, and Owen Albertson and Anna and James Harris. Lynne cherished her roles as Mom and Nana and could not spend enough time with her family. She leaves behind so many beautiful memories for her family from around her kitchen table, family trips, hikes, walks, crafts, games (try playing Scrabble with someone who speaks 5 languages), and hours of reading to the children. She made sure she had a family of readers and intrepid travelers. Her travels took her to all 50 states and around the world as she could never stop learning about new places and cultures.

Lynne was an active volunteer and leader at Montgomery United Methodist Church in Damascus, MD. She found her connections through their Heritage Circle, bible study classes, Staff Parish Council, and her role as a greeter. Her favorite time of the year was Vacation Bible School when she pulled out all the stops to bring the bible stories to life for the children. She also continued to work on her personal relationship with God. We know He has welcomed her home.

A celebration of Lynne's life journey will take place at Montgomery United Methodist Church in Damascus, MD on Dec 18, 2022, at 4pm and Pastor Andy McClain will officiate.

In lieu of flowers memorial donations may be made to Montgomery United Methodist Church (marked for Vacation Bible School) or http://gearboxlabs.org/about/donate   (a charitable group that helps teachers with innovation and technology).