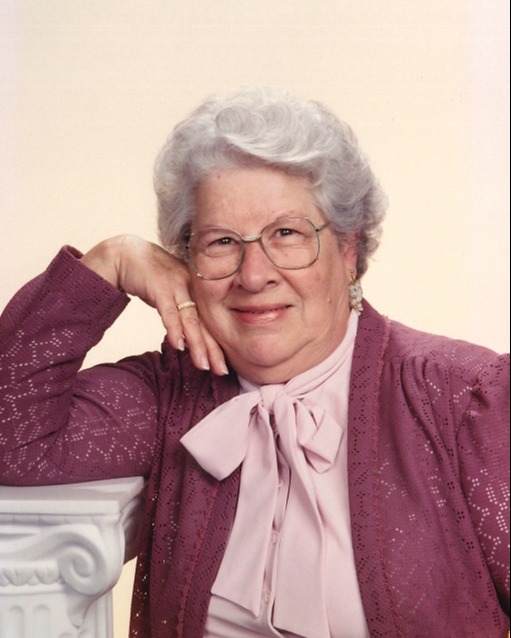 M. Eloise Welsh, 90, of Frederick, Maryland, passed from this life on Saturday, December 10, 2022, at Country Meadows in Frederick, MD.
Born on November 26, 1932, in Montgomery County, VA (near Blacksburg), she was the daughter of the late Chymer Peter and Effie Mae (East) Reed and the beloved wife Elbert Welsh, Jr, who predeceased her in 1998. They were married 47 years.
Eloise moved with her family to Montgomery County, MD when she was in elementary school.  She later attended Sherwood HS, where she met Elbert on a blind date.  They were married in 1951 and settled in Poplar Springs, where their two sons were born.  Eloise worked as a bank teller, was active in the Eastern Star, and  loved to cook, bake, sew and create various arts and crafts. She enjoyed traveling with the family; they spent summers camping all over the U.S.
Eloise and Elbert moved to Frederick in 1971. Eloise worked as an in-home day care provider, held offices in the United Methodist Women Society chapter at Araby UMC, sang in the choir, continued camping whenever possible, loved sailing her "Sailfish" at Kerr Lake in NC, and added landscape painting to her portfolio of talents. In 1994, the Welsh's had a new house built near Harper's Ferry, WV.  Eloise and Elbert  drove to Alaska, via Canada in 1997, completing visits to 49 of the 50 states. Eloise spent the next 23 years in WV, continuing with all her hobbies, while remaining active with her church back in Frederick. Eloise lived with her son Terry in Frederick for two years before she moved to Country Meadows in 2019.
Eloise was a devoted wife, mother, grandmother and great-grandmother.  She enjoyed life to its fullest, was full of joy, and was always fun to be around. She will be fondly remembered by her sons: Terry Welsh (Lori) of Frederick, MD; and Michael Welsh (Julie) of Grand Rapids, MI; grandchildren: Sarah Welsh, Devon Welsh (Kim), Kevin Welsh, Shawna Welsh, and Keith Welsh (Helen); great-grandchildren, Adelynn Welsh and Roman Welsh; nieces and nephews: Cindy Bequette, Jenny Myren, Greg Bailey and Jeff Bailey; and numerous cousins.
In addition to her parents and husband, Eloise was preceded in death by daughter, Susan Welsh; brother, Jack Reed; sister, Shirley Bailey Robertson; brother-in-law, Mack Robertson.
Sincere thanks go out to the staff at Country Meadows for the wonderful care provided to Mom/Grandma for the past three years.
The family will receive friends from 2-4 pm and 6-8 pm on Friday, December 16, 2022, at Stauffer Funeral Homes, P.A. (Fred), 1621 Opossumtown Pike in Frederick, MD, where a celebration of Martha's life journey will take place at 1:30 pm on Saturday, December 17, 2022, Rev. Douglas Fox will officiate.  Interment will be private.
In lieu of flowers, memorial donations may be made in her name to the Alzheimer's Association, https://www.alz.org/maryland  or to Araby United Methodist Church; 4548 Araby Church Road, Frederick, MD  21704.

To order memorial trees or send flowers to the family in memory of M. Eloise Welsh, please visit our flower store.