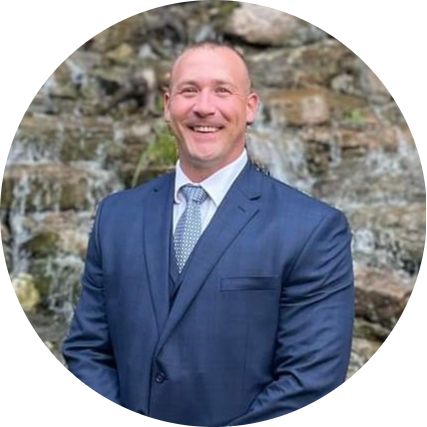 We are sad to announce the passing of Major Patrick Scott Miller of Mt Holly NJ. Patrick was 39 years old and passed away on December 4th, 2022.

Patrick was a beloved father to his children, Austin and Alexa Miller. His daughter Aubrey Paige Miller preceeded him in death. He is survived by his mother and father, Dennis and Cathy Miller, his brother Bryan Miller and wife Michelle Miller, nieces Kaleigh and Avery Miller, and his grandfather, Bryon Seekamp. In addition, he left behind a very large, loving family, including many aunts, uncles, and countless friends all over the world. Patrick was also proceeded in death by his grandparents Robert and Elaine Miller and his grandmother Lurene Seekamp.

Major Patrick Miller will be forever missed. He was a great person with an unforgettable and contagious smile. His stature and demeanor would always command attention anytime he would walk into a room, but would quickly jump into any conversation prepared with input and numerous movie quotes.

Patrick was a graduate of Hedgesville High School in the class of 2001.

He furthered his education and obtained a Masters Degree in Sports Athletic Training at Shenandoah University in Winchester, VA. He was a member of the Shenandoah Hornets Basketball team during his time there, but was an avid athlete his whole life excelling in Basketball, Soccer, and Track & Field.

After graduating college, Patrick was married and soon after started a family. He was a proud father to Aubrey, Alexa, and Austin Miller. He actively participated as much as possible in their lives, but the Christmas holiday was his favorite time spent with his children filling his residences with more Christmas and Snoopy décor than Costco and Wal-Mart had available to purchase. Patrick was also the best uncle that anyone could ask for. He had a special gift, despite his massive appearance’ to soothe and calm most any crying child, which speaks to the true teddy bear he was beneath it all.

Patrick was called to a higher sense of service, and chose to join the United States Air Force in December 2006. During his time he had many notable milestones, but standing out was his transition from his position navigating B-52 Bombers to piloting the KC-10 air refueling tanker. He was deployed to the Middle East out of Travis Air Force Base in Fairfield, CA and would continue to support from McConnell Air Force Base in Wichita, KS. Patrick was a member of the development team for the Air Force’s new refueling tanker, The KC-46 Pegasus, and Co-Piloted the first commissioned flight from Washington State to Wichita, KS.

We are forever grateful and appreciate the overwhelming support of Patrick’s family and friends, as well as the stories told over the past few days that validate the Patrick’s character and charisma. It also validates that Patrick’s heart size matched his stature and touched many people during his short 39 years. Thank you for those that were in Patrick’s life. We have many unanswered questions and will remain grief stricken forever.

“Thats why I love flying, no matter what the weather is like on the ground and the bs we are dealing with, as soon as we get above the clouds it is always sunny with blue skies,” Patrick we hope that you forever have blue skies and sunshine.

In lieu of flowers, a fund will be set up for donations with details to follow.

Burial with honors will be held Saturday, January 7, 2023 11:00am in Greenwood Memorial Gardens in Richmond, Virginia.

To order memorial trees or send flowers to the family in memory of Major Patrick Scott Miller, please visit our flower store.