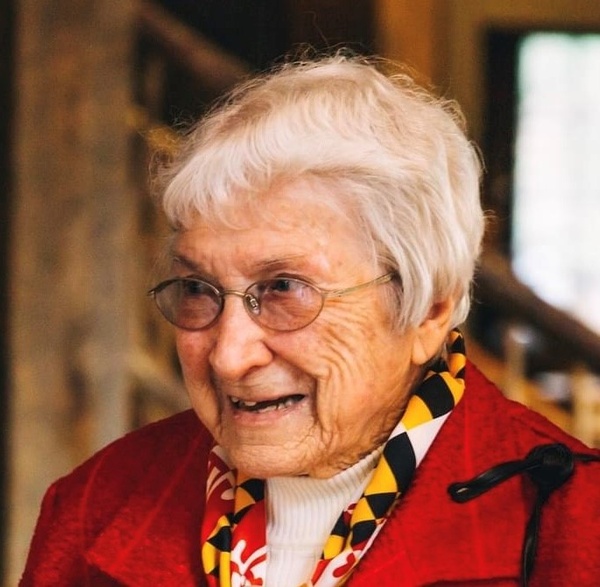 Pat died peacefully on March 30, 2022 in Frederick, MD with family by her side.  Born in New York, NY she was the daughter of Thomas J. and Margaret M. McCort.  She was predeceased by her loving husband of 65 years, William G. Dillon, her parents and her brother Donald.  Pat is survived by her five children, daughter Patricia M. (Sandy) and sons William G. (Ilene), Joseph V. (Barbara), Thomas M. (Katie), and Gerard E. (Sherry); her eight grandchildren (Shannon, Megan, James, Danny, Molly, Garrett, Cara and Steven; her five great grandchildren (Maya, Jaxon, Kilian, Cassidy and Ivelisse); her “adopted” daughter Dara Wooten (John), and her devoted niece Justine Mangione (Brian) as well as the wonderful staff and friends at Country Meadows of Frederick.

Pat was a true New Yorker!  Growing up in Brooklyn and Queens during the Great Depression and then World War II, she was part of the Greatest Generation.  She had started college when the war broke out but left school to work in the war industries.  She first worked for the Bulova Watch Co. testing altimeters and other instruments used in the bombers and planes.  When her time there ended she worked for General Dyestuff Corp. where she handled quality control and testing of dye packs used in parachutes and life rafts to mark the water for rescuers as well as shark repellent to help protect the downed fliers.  When the war and her work ended, Pat returned to finish school, graduating from St. Joseph’s College, Brooklyn in 1947 with a B.A. in Chemistry, and minors in math and history.

Pat’s next chapter began when she left to attend graduate school at St. Bonaventure College in Olean, NY.  It was there that she met Bill Dillon and they married in the chapel on campus in the midst of a blizzard and sub-zero temperatures on January 24, 1948.  Moves back to the New York city area and then to Maryland followed along with the arrival of five children, one daughter and four sons!  Pat and Bill were founding members of St. Jude’s Parish in Rockville and somehow, despite the challenges of raising five very active kids, she was talked into becoming a teacher at St. Jude’s School.  Pat taught at the school for 17 years, first with the fifth graders and then moving to teach second grade.  She touched the lives of hundreds of students over those years and towards the end she was teaching the children of former students…quite an accomplishment!

With the children grown and the teaching years complete Pat and Bill retired to Ocean Pines on Maryland’s Eastern Shore.  But perhaps “retired” is the wrong word to use as it seemed she was busier than ever.  Pat was involved with the Craft Club serving time as President and Craft Shop Manager, Boat Club, Power Squadron, Garden Club, Republican Women’s Club, and sang with the Pine Tones chorus.  A new hospital opened in the Ocean City area, Atlantic General, and she started and managed the Gift Shop for 15 years, and was a life member of the AGH auxiliary, logging 15,000 volunteer hours.  For all her volunteer efforts, Pat was honored as Citizen of the Year by the Ocean Pines Chamber of Commerce.  She was also a very active member of St. John Neumann Parish, teaching catechism classes to young students as well as serving as a lector and Eucharistic Minister with the church.

Though she hated leaving her home in Ocean Pines, when it came time to start her final chapter Pat found the perfect home at Country Meadows of Frederick.  She was active and engaged with family and friends until the end and loved to sit in her comfortable chair and watch all the birds that came to visit the feeder by her window, especially the cardinals.  The family is very thankful for the wonderful staff at Country Meadows who loved and cared for her.  While we will miss her terribly she will never be forgotten.  She’s the epitome of someone who aged gracefully and so we’ll end with an Irish proverb she loved:  Do not resent growing old…many are denied the privilege.

Family will receive friends on Thursday, Apr. 7 from 10:00 to 11:00 am at St. John the Evangelist Catholic Church in Frederick with a Mass of Christian Burial to immediately follow.  Interment will be at the Veterans Cemetery in Hurlock, MD at a later date.  In lieu of flowers donations can be made to Frederick Blessings in a Backpack – frederick.blesssingsinabackpack.org

To order memorial trees or send flowers to the family in memory of Margaret Dillon, please visit our flower store.