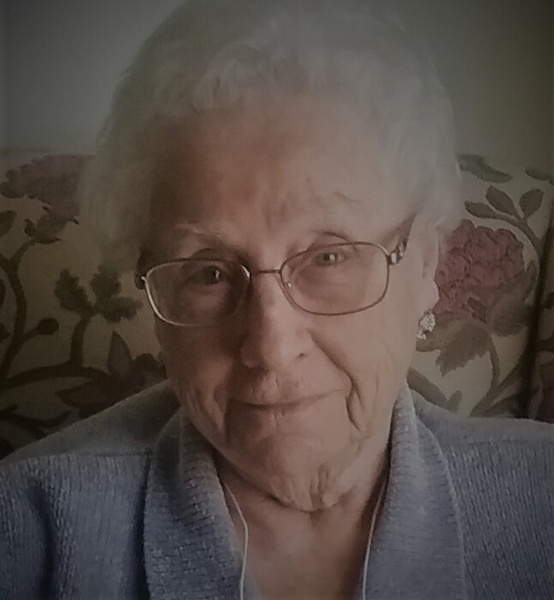 Born Margaret Mary Knell on January 15, 1925 in Baltimore, Maryland, she was the daughter of the late Joseph Anthony Knell Sr. and Gertrude Dietz Knell.

Margaret graduated from the Institute of Notre Dame in Baltimore in 1943 and was employed as a secretary at various Baltimore companies including Baltimore Gas & Electric, Black Manufacturing Company, Sheppard T. Powell Engineering, and Westinghouse Air Arm.

She was the devoted wife of Robert S. Shaffner and beloved mother of Jane M. Trede (Scott) and David R. Shaffner.  Margaret and Robert were married in 1947, and lived in Linthicum, Maryland, Columbus, Ohio, Somerset, New Jersey and Rockville, Maryland before moving to Adamstown in 2004, where they were parishioners at St. Joseph on Carrollton Manor Catholic Church.  Margaret enjoyed many friendships and was happiest when she could be of service to her neighbors, and her greatest joy was in her life as a homemaker, mother, and grandmother.

Visitation will be held at Stauffer Funeral Home in Frederick on Thursday March 10, 2022 from 5:00pm to 7:00pm.  A funeral mass will be celebrated on Friday March 11, 2022 at 11:00am at St. Joseph on Carrollton Manor Catholic Church, followed by interment at Gate of Heaven Cemetery in Silver Spring, Maryland at 2:00pm.

To order memorial trees or send flowers to the family in memory of Margaret Shaffner, please visit our flower store.