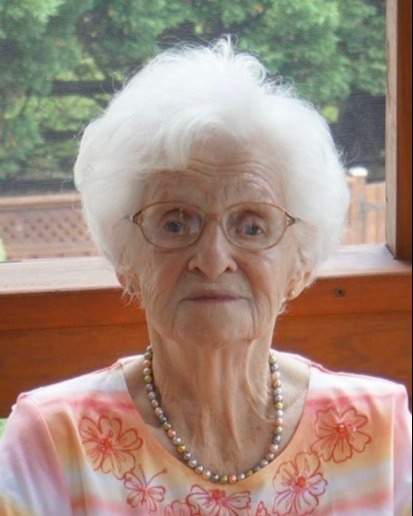 Mrs. Marian Ann Wenner Miskell, 96, of Frederick died Monday, August 29, at Frederick Health Center, Frederick.
She was the wife of the late Birtrand Penrose “Bert” Miskell at the time of his death they were married 53 years.

Born May 8, 1926, in Lovettsville, Va., she was the daughter of the late Calvin and Verna Wenner.
Mrs. Miskell worked for Wickes Lumber Company for 22 years as the office manager. After retirement she was an avid gardener and coupon redeemer.
She resided in Assisted Living at Homewood at Crumberland Farms for the past 9 years.

The family will receive friends from 10-11 AM on Friday, September 2, at Stauffer Funeral Home, 1621 Opossumtown Pike, Frederick where her funeral service will begin at 11:00 AM.
Interment will be in Mount Olivet Cemetery, Frederick.

In lieu of flowers, memorial donations may be made to the American Cancer Society or the American Diabetes Association in memory of Marian Ann Miskell.

To order memorial trees or send flowers to the family in memory of Marian Ann Miskell, please visit our flower store.

Send a Sympathy Gift
In memory of Marian Ann Miskell, please consider making a donation to one of the following charities: