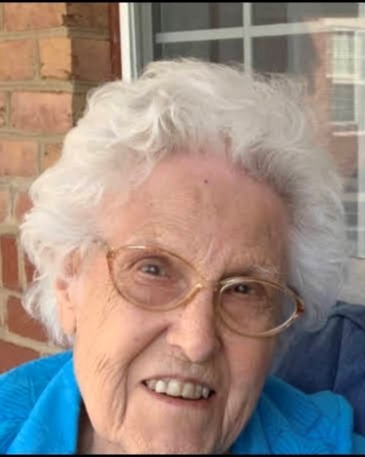 Born on April 12, 1922, in Frederick, MD, she was the daughter of the late Arthur and Louise Morrison Grove.  She was preceded in death by her husband of 65 years, CWO 3 Thomas Virgil Pitts.

She was a graduate of Frederick High School and a long-time resident of Frederick. Marian was an Army wife for many years and made a cozy home for her family from Ft. Bragg, North Carolina and Bad Aibling, Germany.

She was preceded in death by her son, John T. Pitts; and her nephew, David C Grove, Jr.

Burial will be private.

To order memorial trees or send flowers to the family in memory of Marian L. Pitts, please visit our flower store.