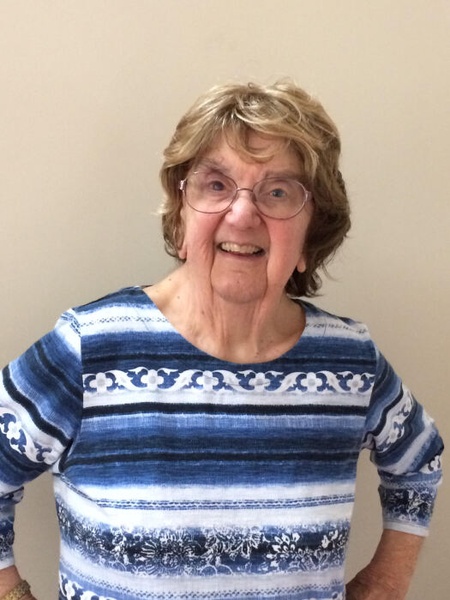 Marilyn Jane Vettel, 83, passed away on April 6, 2022.  Marilyn graduated from Far Rockaway High School in Brooklyn, New York in 1955.  After graduating, she moved with her family to Bellport, New York where she went to work for the Suffolk County Sheriff’s Office for thirty-three years. She served as a clerk supporting the Civil Section of the Sheriff’s Office at their Headquarters in Riverhead, NY. Marilyn volunteered her time with the Girl Scouts of America, serving as an area leader for the program on Long Island. In retirement, she also volunteered with Brookhaven (NY) Memorial Hospital for many years, working in the medical library supporting physicians and nurses with research until her vision deteriorated to the point that she could no longer serve.

In 2014, Marilyn moved with her sister Judy Landahl from Long Island, New York to New Market, Maryland to be closer to her nephew, Mark and grandnieces, Casey & Abbey Landahl. She enjoyed time with family and engaging with the girls as they grew.  Marilyn will be forever known for her thoughtfulness and generosity. She would always find the most appropriate card and thoughtful note to recognize every occasion for family and friends.

Donations may be made in Marilyn's memory to the American Diabetes Association, www.diabetes.org.

To order memorial trees or send flowers to the family in memory of Marilyn Vettel, please visit our flower store.