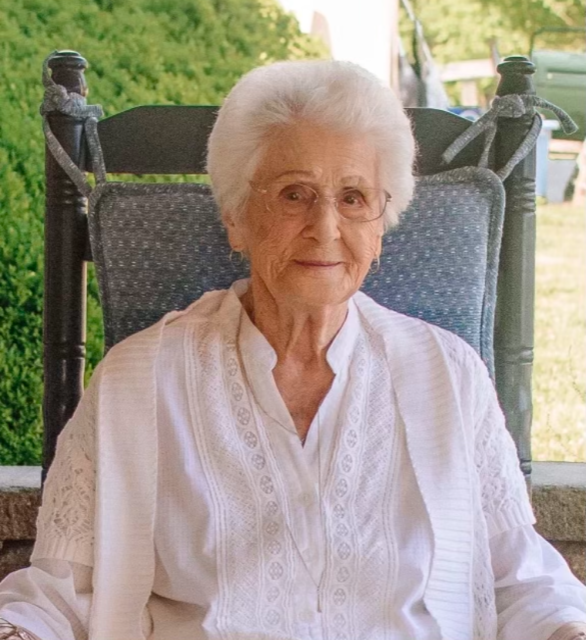 Martha Hannah, 100, of Rohrersville, Maryland passed peacefully from this life on September 28, 2021, at her home surrounded by her loving family.

Born on May 3, 1921, in Warren, Indiana. She was the daughter of the late Charlie Earl and Maude Estelle (Mossburg) Beasley.

Martha met her husband Joe, while roller skating in Indiana. She was married to him for 69 years and traveled with him as he served his country in the Air Force. During that time, they lived in Germany with their 2 sons. Upon returning to the states, they were blessed with 2 daughters. Then the family traveled to Morocco. After returning to the United States, they were blessed with another son.

In 1967, they moved from Washington D.C. to a farm in Rohrersville, Maryland. Martha was a lifelong wife, mother, grandmother, and a top-notch domestic engineer.

She is preceded in death by her husband Joseph Emeric, her parents, her brothers, Edward (who died as an infant) and John Beasley and a sister Marianna McGibbon, a grandson Timothy Dagan, son-in-law Donnie Dinsmore and grandson-in-law, Michael Marinari.

In lieu of flowers, please make donations to Bethel United Methodist Church of Rohrersville at PO Box B, Rohrersville, MD 21779 or to Hospice of Washington County, 747 Northern Ave., Hagerstown, MD 21742.

Due to COVID virus continuing to plague the area, a memorial service will be at the discretion of the family and her church.

To order memorial trees or send flowers to the family in memory of Martha Hannah, please visit our flower store.