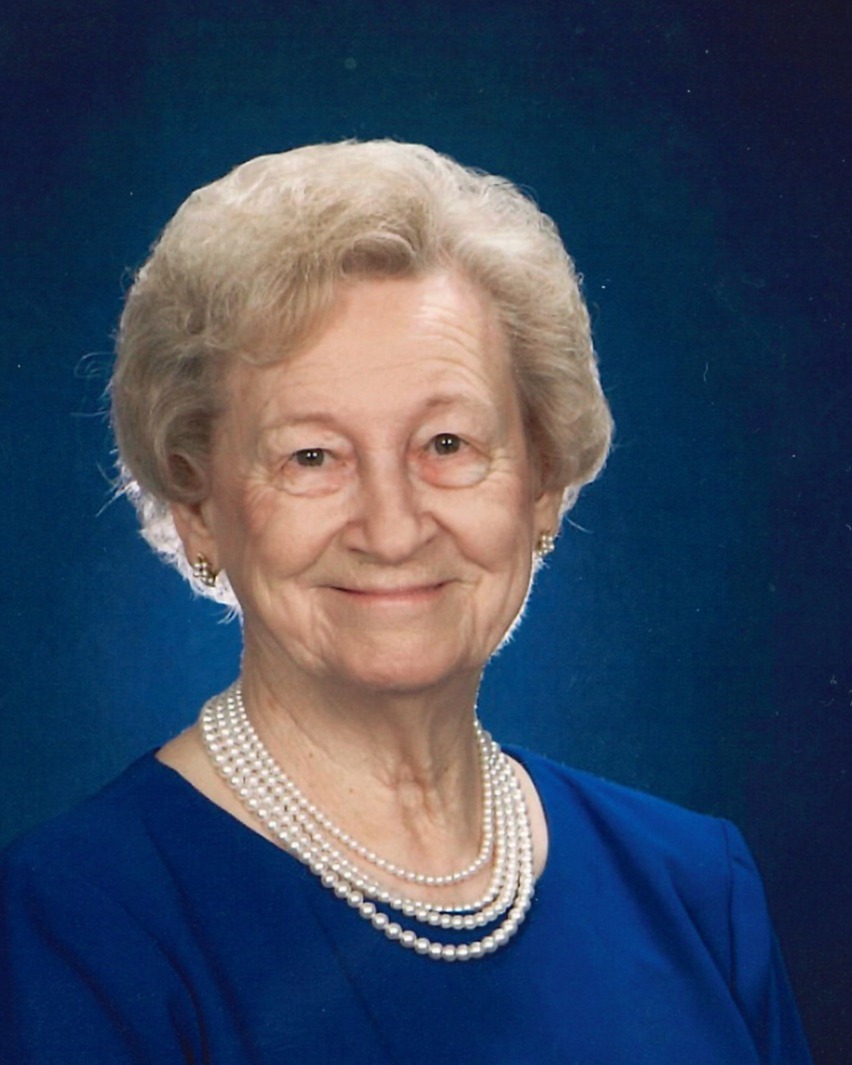 Mary Louise Alberti, of Frederick, MD, previously of Silver Spring and Olney, died on December 12th at Spring Arbor of Frederick.  The daughter of William and Elizabeth (Wilson) Roberts, Mary was born on March 1, 1923, in Elizabethton, TN, and kept her soft Southern accent and manner throughout her life.  During World War II she relocated to Washington, DC to work as a file clerk at the FBI.  While working in Washington, she met the love of her life, Louis A. Alberti, Jr. (“Tony”) on a blind date. They married in 1945 and enjoyed almost 71 years of marriage before his death in 2016.

Upon Tony’s discharge from the U.S. Army, Mary and Tony moved to Maryland, where Tony established a moving and storage business and Mary devoted herself to raising their five children.  She was an especially accomplished seamstress, but she could do anything she turned her hand to - upholstery, painting, cooking, baking, and floral arrangements, to name a few.  In addition, she volunteered in her children’s schools and held leadership roles in many other community activities, including the First Baptist Church of Wheaton, the Olney Chamber of Commerce, the Baptist Home for Children, and the Olney Theater Centre.

When Tony retired, he and Mary moved to Williamsburg, VA and then to Frederick, Md (Crestwood), where they continued their involvement in volunteer activities and took an active role in the lives of their children, grandchildren, and great-grandchildren.

The family will receive friends on Thursday, December 22nd at a 10:00 brunch at Stauffer’s Funeral Homes, P.A., 1621 Oppossumtown Pike in Frederick, MD, and the funeral will take place at 11:00 at the same location.  Rev. Tim Shatzer will officiate.

In lieu of flowers, donations may be made to the National MS Society, at secure.nationalmssociety.org.

To order memorial trees or send flowers to the family in memory of Mary Louise Alberti, please visit our flower store.