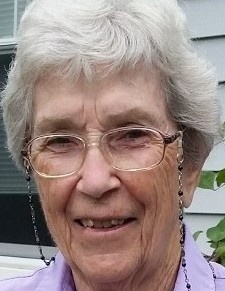 Mary Redman Palmer Chinnis passed away peacefully in her sleep August 5, 2021 at 91 years of age.

Mary was born January 2, 1930 in the family home to Nettie Allen Daiger and Milton “Yours” Palmer in Tidwells, a small community in Northern Neck Virginia. An only child, she grew up fishing on the docks and getting in trouble with her best friend, Cousin Virginia. Both girls were usually blamed for their wild childhood antics since they couldn’t be told apart from a distance.

After high school, Mary applied to college as a nursing student but ended up receiving a scholarship for a teaching degree. She always marveled at how many lives were saved because she did not get into nursing school. During her time as a teacher, Mary taught pre-school and elementary students and always had extra love in her heart for her students. She was an educator in the Montgomery County Public School system for approximately 20 years.

In 1953 Mary married Robert (Bob) Chinnis, the love of her life. They met on a corner in Norfolk when she pretended he was her boyfriend as several Navy Boys walked by. Mary and Bob had a long adventurous marriage of love for 41 years which included lots of humor and many nights slow dancing together in the kitchen of their Gaithersburg, Maryland home. After Bob’s passing in 1994, Mary retired to a family home in Montross, Virginia.

As a supporter of those in her community, Mary made life-long friends at every stage of her life. Her Montross home was open to anyone who wanted to visit. An avid reader, Mary was never happier than sitting in her reading chair with a book in her lap. She read almost every book in the library! She also loved feeding her cats on the back porch, which she refused to name because then she would own them.

A graveside service will be held privately with family at a later date.

In lieu of flowers, the family suggests memorial contributions to the Westmoreland Volunteer Fire Department at PO Box 222, Montross, Virginia, 22520, or the American Heart Association.

To order memorial trees or send flowers to the family in memory of Mary Chinnis, please visit our flower store.