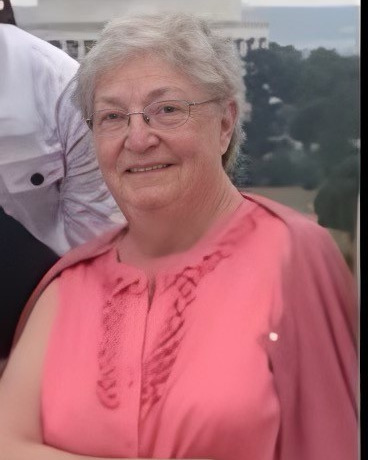 Mary Ilene Jablonski, 82, of Vienna, Virginia, passed from this life on Saturday, December 10, 2022, at Frederick Health & Rehab in Frederick, MD.

Born on November 16, 1940, in Sunbury, PA, she was the daughter of the late Frank Stephen Jablonski and Lillian Marie (Boyer) Jablonski.

Mary graduated from Susquehanna University where she received her bachelor’s degree.  As a part-time student, Mary earned her MBA degree from George Mason University in 1992.

She worked for the federal government in contracting for 27 years, mostly in various Navy Commands, then with the Department of Agriculture, Rural Development, for six years before retiring in 2008.

When she retired, she immediately began looking for interesting activities. Mary discovered Lifetime Learning Institute of Northern Virginia and joined LLI in 2009. Mary enjoyed the variety of subject matter offerings, especially the Great Decisions courses and several areas in science.  She eventually became a Board Member for the organization and was responsible for the content and publication of their monthly newsletters.

Mary lived a life of volunteering.  She volunteered at the Shepherd Center of Vienna and Oakton in Virginia, working in the office and providing transportation services to older adults.  She was also passionate about politics and volunteered for the Fairfax County Democratic Party where she coordinated schedules for other volunteers. During election seasons she always worked into conversation to remember to vote!

Mary loved playing video games and watching tennis and Commanders’ football. She also loved attending stage shows with her son and his family.

She is survived by her son, Derrick Trautman and wife Ginger; grandchildren, Savannah Trautman and Miranda Trautman, and her brother Frank Jablonski and wife Diane.

She is preceded in death by her husband Stephen Carl Lemon.

A gathering celebrating Mary’s life will take place at 11:00am on Saturday, January 7, 2023 at Zion Lutheran Church in Middletown, MD.  Pastor Diane Day will officiate.

Memorial donations may be made to the Shepherd’s Center of Vienna and Oakton.   https://scnova.org/donate/

To order memorial trees or send flowers to the family in memory of Mary Jablonski, please visit our flower store.