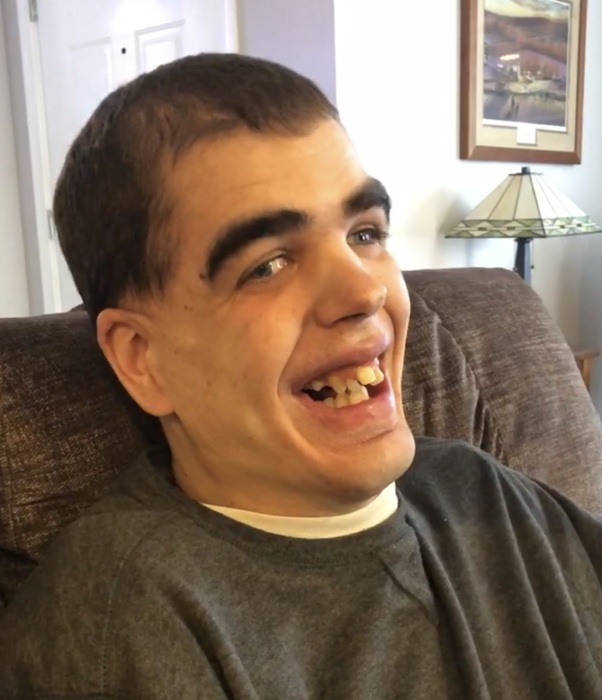 Matthew Christian Schaffert, age 35, of Frederick, passed from this life on Tuesday, March 1, 2022.  Born on January 12, 1987, in Frederick, he was the son of Lawrence and Pamela (Kreh) Schaffert of Myersville.  In addition to his parents, he is survived by his sisters, Lisa (and fiancé Chris Pagnac) of Hagerstown, and Krista of Myersville; his maternal grandmother, Betty Kreh of Frederick; and many aunts, uncles, and cousins.  He will also be sorely missed by two of his beloved former caregivers, Marie Tubilla and Theresa Williams, who provided unconditional love and care for Matthew over the years.

After graduating from Rock Creek School in 2008, he attended day programs at both Star Community in Hagerstown and Community Living, Inc. (CLI) in Frederick.  He also enjoyed participating in the Frederick County 4H Therapeutic Riding Program for 14 years.  Matthew's family is especially appreciative for over 20 years of support from CLI, initially via respite services, and later through residential services as he transitioned to living in a CLI home in Frederick in 2013.

Matthew will be remembered for his gentle nature, an infectious smile, a love of hugs and kisses, and his ability to charm those who knew him.

A memorial service is planned for Wednesday, March 16, 2022, at 11:00AM at Stauffer Funeral Home in Frederick. The family will receive friends from 10 to 11 a.m. Following the service, a luncheon will be held at the Frederick Masonic Temple at 6816 Blentlinger Road in Frederick.  Interment will be private.

In lieu of flowers, donations in Matthew’s memory may be made to The Monocacy Foundation, 620-B Research Court, Frederick, MD 21703; or by visiting https://themonocacyfoundation.org/ .

To order memorial trees or send flowers to the family in memory of Matthew Schaffert, please visit our flower store.