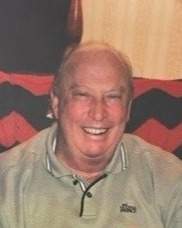 Maurice “Frank” Hoffmaster, Sr., 85, of Jefferson, Maryland, passed from this life on Sunday, November 6, 2022, at Autumn Lake Healthcare at Ballenger Creek in Frederick, MD. He was the beloved husband of Virginia Hoffmaster for 63 years. Born on July 22, 1937, in Weaverton, MD, he was the son of the late George Franklin and Leoda Pauline (Sweeney) Hoffmaster. Maurice graduated from Boonsboro High School in 1954 and immediately joined the Marines where he served until 1958. After that, he began his career at Safeway which lasted until he retired, 39 years later. In his spare time, he enjoyed hunting, fishing, tending to his ½ acre garden, spending time with his grandchildren, attending car races, and going to Redskins games where he was a season ticket holder for 40 years. Maurice was an active member of the Jefferson United Methodist Church, the Jefferson Ruritan Club for 48 years, having worked on the butcherings and carnivals all those years, plus many other community events, the Moose Lodge in Brunswick, MD, and the American Legion in Brunswick, MD. In addition to his wife he is survived by his children, Maurice Hoffmaster, Jr. and wife Laurie of Jefferson, MD., Rene Bentz and husband Ted of Sharpsburg, MD., and David Hoffmaster and wife Wanda of Sharpsburg, MD., sister, Audrey “Doll” Hoffmaster of Charlottesville, VA., grandchildren, Jennifer Knox, Robert Hoffmaster, Eric Hoffmaster and wife Jene’, Matthew Hoffmaster, Morgan (Hoffmaster) Guido and husband Oscar, Micah Hoffmaster, and Mason Hoffmaster, and great-grandchildren Logan Knox and Lylli Knox. He was preceded in death by his parents, George and Leoda Hoffmaster, brothers, Johnny and Karl Hoffmater, and sister, Essie Moler. The family will receive friends from 2-4PM and 6-8PM on Sunday, November 13th, at Stauffer Funeral Homes, PA (Brunswick), 1100 North Maple Avenue in Brunswick, MD. The funeral will be on Monday, November 14th, at 11AM. Pastor William Carpenter will officiate. Interment will follow at Jefferson United Methodist Church Cemetery. Memorial donations may be made to Jefferson United Methodist Church, P.O. Box 488, Jefferson, MD 21755.

To order memorial trees or send flowers to the family in memory of Maurice "Frank" Hoffmaster, Sr., please visit our flower store.