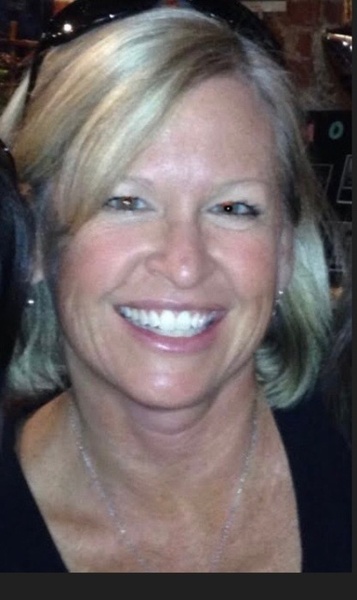 Melissa Amy Russell Yost passed into the arms of our Lord in the early hours of Sunday, June 27th after a long battle with cancer.

Missy smiled her way into the world on November 18th, 1971.  Born in Huntsville, Alabama, Missy attended Decatur High School and was a member of The Grant Street Church of Christ.  After high school, Missy attended her beloved Auburn University and was a member of Chi Omega sorority (As Missy would say with her beautiful smile and soft southern accent “WAR EAGLE!”).  After leaving Auburn, Missy took her passion for singing, her bountiful energy, and joy onto the international stage by touring with Up With People.  Once her tour ended, “MR” (as her Coloradan friends called her) put her roots down in Colorado, attending Colorado State University, from where she would graduate with honors.  It was while touring with Up With People where Missy/MR became Melissa.

In 2001, Melissa met Kyle Yost.  Surrounded by friends and family from across the U.S. they were married in 2004.  The Yost’s settled first in Frederick, MD before moving their family to Middletown, MD.

To have known Melissa was to have known a person over-flowing with life, love, energy, optimism, curiosity, and joy.  Whether cheering on Auburn in any sport, or as “Team Mom”, or organizing any of the activities for her children’s many and diverse interests, Melissa’s over-the-top enthusiasm was delightfully infectious.  Simply sitting beside her at a game, or chatting over a freshly mixed veggie/vitamin/ carrot juice was to experience Melissa’s unique blend of southern charm and love of life.  Melissa was the happiest person in any room, and her happiness, and ever present smile, rubbed off on those around her.

Melissa would want us to include her uncountable loved ones and friends from Decatur to Middletown,  and Up With People friends from dozens of countries around the world.  Including in particular, her “Closest Thing to a Sister” Wendy Perkins (Steve, Nashville, TN) whose devoted friendship and help throughout Melissa’s treatment was a blessing, and Melissa’s “Third Baby”. . .Tucker.

Melissa fought cancer to a standstill for 5 years, far beyond the original prognosis of 6 months, with a treatment plan primarily based on holistic-based natural measures, optimism and unquenchable positive outlook.  Melissa did not take the easy road when fighting her battle.  Her dedication and determination went above and beyond what most would deem impossible, without ever losing her beautiful smile and positive mindset to never give up.

The family will receive friends on Friday, July 2, 2021  from 3pm to 5 pm at Stauffer Funeral Home, 1621 Opossumtown Pike, Frederick, MD 21702 with a celebration of Melissa’s life following at 5pm-6pm, with a reception immediately after.  Burial will be for family and close friends Saturday, July 3, 2021.

To order memorial trees or send flowers to the family in memory of Melissa Yost, please visit our flower store.