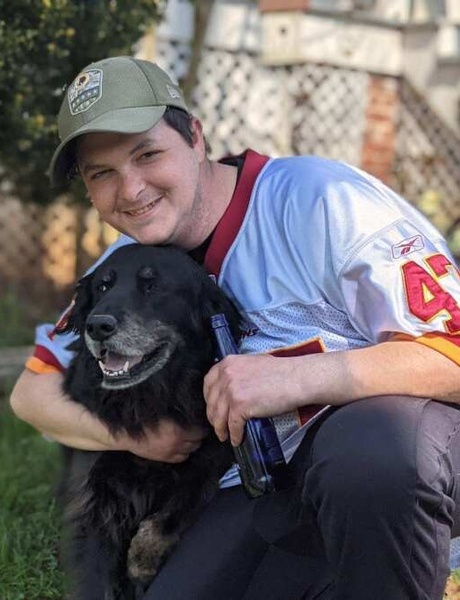 Michael Leonard Melby Jr of Jefferson, MD passed unexpectedly August 28, 2021 from a medical episode.  Michael grew up in New Market, MD, moving to Sykesville, MD while in high school.  Michael graduated from Century High School in 2014, where he attended the Career and Technology Center studying Film Production.  Michael sometimes enjoyed learning the carpentry trade by going to job sites with his dad throughout the years. While in high school, he worked part time in the evenings in Baltimore, cleaning the sets after a day’s filming of the House Of Cards TV show and was excited when he got to meet a few of the actors. He later worked at a Sykesville Exxon for years and had just started working at Tractor Supply. This was where he was utilizing his mechanical skills as an assembler of the many pieces of merchandise and equipment for the sales floor.

Michael was always passionate about rap music and the Washington Redskins always citing facts and statistics to anyone who would listen. He loved fishing and enjoyed camping, dirt bike riding, and his Play Station. His best friend and companion for the past 9 years was his dog Brant.

Michael is preceded in death by his mother Bonnie Burns, and grandparents, Robert and Rose Marie Melby, and Donald and Judy Burns.   Services will be held Friday, 3:00 to 5:00, with a brief prayer and remembrance service at 4:00. There will be a gathering for friends and family to have a toast for to our boy afterwards at the family home in Jefferson MD.

To order memorial trees or send flowers to the family in memory of Michael Melby Jr., please visit our flower store.