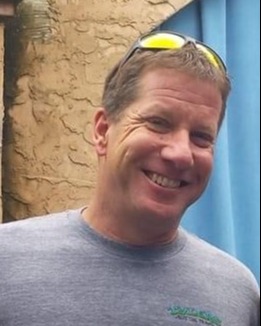 Michael Gerard Putman, 55, of Frederick, Maryland, passed from this life on Monday, October 31, 2022 in Frederick.

Born on November 21, 1966, in Silver Spring, MD, he was the son of the late Jean-Pierre and Ilse Elisabeth (Morganroth) Putman.

After taking auto body classes in school, Mike honed his skills as an auto body technician working at the King Pontiac dealership in Rockville, MD. Mike became an expert auto body technician and worked at various shops in Germantown and Frederick during his career. Mike then changed careers and most recently was a school bus driver for Frederick County Public Schools.

Mike was a devoted father who was proud of his sons.  He enjoyed the beach, riding his bicycle, and fishing with his friends. Mike’s family and friends will miss his cheerful personality and caring nature.

The family will receive friends from 12 to 2 p.m. on Saturday, November 19, 2022 at Stauffer Funeral Home, 1621 Opossumtown Pike in Frederick.

A celebration of Michael's life journey will take place at 2 p.m. on Saturday, November 19, 2022, at Stauffer Funeral Home in Frederick.

In lieu of flowers, memorial donations may be made in memory of Mike to the Mental Health Association in Frederick, MD at FCMHA.org.

To order memorial trees or send flowers to the family in memory of Michael Gerard Putman, please visit our flower store.