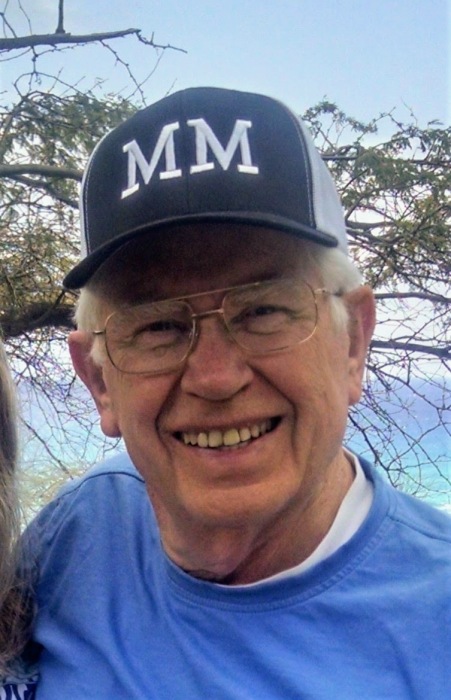 Mickey Omar Marshall (June 19, 1935 - January 16, 2022)
It is with immense sadness that we announce the passing of Mickey Omar Marshall of Thurmont, Md. Mickey, who opposed winter weather in all its forms, made a quick exit just as the first big snowstorm of the year arrived.
Mickey was born in Durbin, West Virginia, at the height of the Depression. His family moved between Maryland and West Virginia according to job availabilities. After graduating from Montgomery Blair High School in 1953. he signed up for the Air Force, spent 3 very cold years in upstate Maine, and hitchhiked back and forth from Maine to Maryland when you could do that sort of thing.
He married his first wife, Glenda, in 1958, and two children, Kim and Michael, followed.  He worked and put himself through college on the G.I. Bill, graduating from the University of Maryland and then Johns Hopkins. He worked as an engineer at the Applied Physics Lab, coached Little League, and raised his kids. Divorce, while difficult, started a new chapter in his life. He moved to California and married Madeleine in 1979. Relocating back to Maryland, they raised two more children, Steven and Lisa. They settled in Woodbine and had horses, chickens, and the whole farm experience, minus the crops.
Mickey took an early retirement and enjoyed his time at home with his children. He worked as a bike mechanic and volunteered at the National Aquarium as a Docent, work he found immensely gratifying. He and Madeleine enjoyed a few years in South Carolina before settling back up north in Thurmont.
That’s the basics, but underneath the timeline was one of the most genuinely nice guys you’d ever meet. He was a renaissance guy, a little West Virginia, a little intellectual, and extremely capable with tools. He could pick up spiders with his bare hands (still legendary), drywall a basement, and actually understand and enjoy Isaac Asimov. He was his own man and a minimalist before there was a name for it. He wore bad jeans, suspenders, and mesh caps. In conversations, he would spend thirty seconds on himself and then want to know all about whomever he was talking to. His body started to fail him a few years back, and he never complained. He used a walker and moved on. He loved his family, spoke hard truths gently, lived pragmatically, and had a mystic’s faith in humanity. He would be okay with leaving the planet, but we, his family, are not there yet. We will miss him tremendously.
Mickey is preceded in death by his daughter, Lisa, and his brother Darryl. He leaves behind his wife, Madeleine, his children Kim, Michael, and Steven, his brother David, and a mess of grandsons, Nicholas, Amos, Jackson, Ben, and Brandon, and one granddaughter, Nika. As the saying goes, “The only measure of your worth and deeds will be the love you leave behind when you’re gone.” Check, and then some. We can be sad that he is gone but take comfort that his was a life well lived.

A celebration of Mickey's life will begin at 11:30 am.  Rev. Tim May will officiate.  A reception and sharing of memories will follow.

Mickey was especially concerned about those who go hungry in such a prosperous country.  In lieu of flowers, donations may be made in his memory to Feeding America.
Expressions of sympathy may be offered to the family at StaufferFuneralHome.com.

To order memorial trees or send flowers to the family in memory of Mickey Marshall, please visit our flower store.