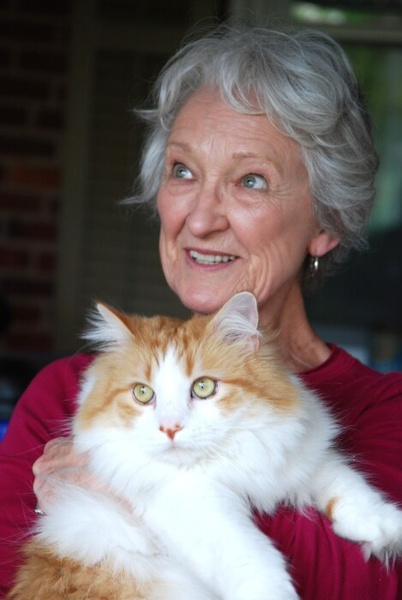 Mildred Forsythe was born Mildred Helen Gombita in Redding Township, Pennsylvania, July 11, 1930, to parents John and Helen Gombita.  Mrs. Forsythe passed on Wednesday, Dec. 8 at the age of 91. She will be dearly missed.  She grew up in Gary, Indiana. The family moved there when her father switched professions from coal miner to steel worker.
Known as Millie, she attended Catholic grade school then graduated from Lew Wallace High School in Gary where she met her future husband, Charles Forsythe.
Chuck and Millie were married in 1950. Chuck’s enlistment in the Army took them to Ft. Riley, Kansas, where their first child was born, then to Champaign, IL where he attended the University of Illinois. His career as an art professor took them to Virginia and eventually Emmitsburg, MD, where they resided for the last 40 years. Chuck and Millie took several trips to Europe, one that included the village in Slovakia where her family was from.
Millie worked as a telephone operator for many years in Illinois as well as Frederick and Hagerstown, first for C&P then for AT&T, but her most important job was mother to her four children. With no formal education, she possessed an amazing talent for fashion and interior design that she passed on to her kids and grandkids. She also passed on her love of animals.
She is survived by her children, Charles Riley Forsythe and spouse Gwen of California; Brian Forsythe of Tennessee; John Forsythe and spouse Kelley of California; and Mina Rempe and spouse Mark of Maryland. Grandchildren, Ryan Forsythe, Alex Forsythe, and Molly Rempe; great grandchild, Lily Forsythe; and her kitty Lalapallooza. She was preceded in death by her parents, two younger siblings, Bob and Lois Gombita, husband Charles Forsythe, and beloved kitty Fabio.
Services will be private. A memorial tribute will be held at a future date.

To order memorial trees or send flowers to the family in memory of MIldred Forsythe, please visit our flower store.