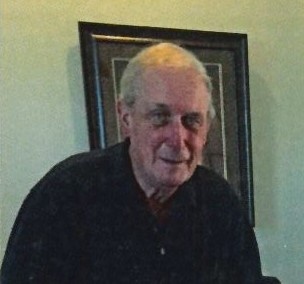 Born on April 7, 1941, in Manhattan, NY, he was the son of the late Joseph E. and Estelle  (Levy) Breuer. He was married to Heide M. Breuer on November 28, 1961 and will have celebrated their 60th wedding anniversary this year.

Marvin was a 1959 graduate of the Bronx High School of Science. He honorably served in the United States Army for 22 years during Korea and Vietnam wars, where he received the Bronze Star medal. He was employed by the Department of State, Foreign Service, until his retirement in 2006.

In 1976, Marvin was the recipient of the Cubmaster of the Year award. He enjoyed working outdoors and doing home improvement projects; reading mystery novels, watching world news, fishing, hiking, and traveling around Europe.

In addition to his wife, Heide, he is survived by daughter, Michele Ott and her husband, Doug, of Frederick; and his granddaughter, Francesca Ott of Frederick.

Marvin was preceded in death by his son, Gunther Breuer.

A celebration of Marvin's life journey will take place at 2 p.m. on Tuesday, September 7, 2021, at Stauffer Funeral Home, 1621 Opossumtown Pike in Frederick.  Revs. Brad Singer and John Jakupciak will officiate.  The family will receive friends on Tuesday immediately following services at the funeral home.

To order memorial trees or send flowers to the family in memory of MSgt. Marvin Breuer, please visit our flower store.