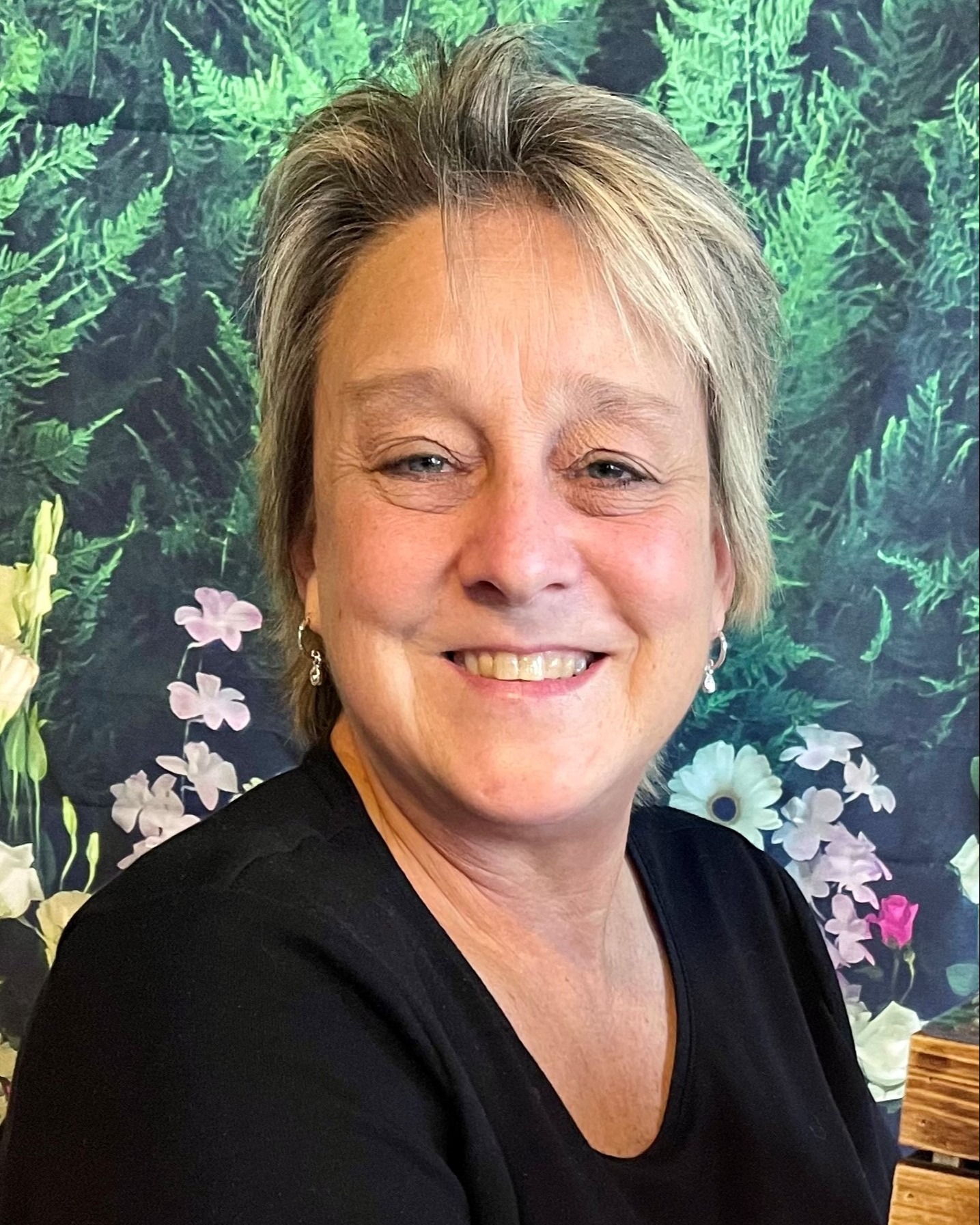 Nancy Ann Stewart, 60, of Frederick, Maryland passed from this life on Sunday, December 25, 2022. She was the beloved wife of her late husband John “Jeff” Stewart for 32 years.

Born on September 20, 1962 in Meriden, Iowa, she was the daughter of her late parents Albert (Jock) Daniel Gill and Evelyn Ann-Agusta (Schmidt) Gill. After the passing of her parents, she was raised by the loving Roger and Rennae Smith.

Nancy was a 1981 graduate of Meriden-Cleghorn High School. Nancy had a passion for care giving when provided the opportunity to work for and love the Malter family. She was known for her quick whit, which always lit up the room. In her spare time, Nancy enjoyed moments with her friends and family over a glass of wine, representing #TeamStewart, a great happy hour with her “Nancy swizz stick”, adventures with her one and only, collecting bingos on the iPad, and “lubbins” with her cat Poly. Her most cherished moments included holding hands with her husband Jeff, which has begun happening again with a beautiful reunion.

In addition to her daughter Emily Stewart, she is survived by her brothers Roger Smith (Rennae) of Meriden, Iowa Ronald Smith (Janice) of Tucson, Arizona, Randy Smith (Tori) of Cherokee, Iowa, sisters Mary Robinson of Meriden, Iowa, Greta Petersen (Tim) of Cleghorn, Iowa, and Kelly Smith of Cherokee, Iowa. Siblings that have preceded her in death are Diane (Gill) Erickson and Jayne (Gill) Ehrig. Brother in laws that have preceded her in death are Dick Robinson and Steve Ehrig.

A celebration of Nancy’s life journey will take place at a later date.

To order memorial trees or send flowers to the family in memory of Nancy Ann Stewart, please visit our flower store.