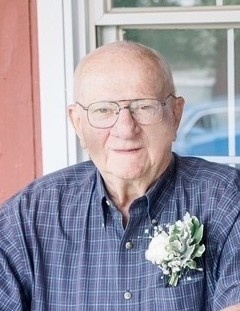 Neil grew up in Cumberland, MD where he attended Fort High School. He remained a life-long fan of Fort Hill football. He was an avid hunter, enjoyed fishing, and loved spending time outdoors. Many fond memories were made as he shared this passion with his grandchildren. A few years ago, Neil took up woodcarving, a hobby that he quickly mastered. While Neil found pleasure in his hobbies, his greatest joy in life was clearly spending time with his family. He took pride in his family and loved every moment of their time spent together.

Neil was employed by the Maryland State Police from 1958 to 1985. Shortly after MSP basic training, he was drafted into the United States Army where he served as a military police officer in White Sands, New Mexico. He was stationed in White Sands from 1958 to 1960 and then returned to Maryland to begin his service in the Maryland State Police. After actively serving 25 years and retiring from MSP, as Barrack “B” Commander, Neil accepted the position of Thurmont Police Chief.  He served in this role for 16 years.

Funeral services will be held at 11 a.m. on Tuesday, March 22nd at the Stauffer Funeral Home in Thurmont. Rev. Tim May will officiate. Final resting place with be at Resthaven Memorial Gardens in Frederick with honors.

In lieu of flowers, memorial donations may be made to Sheppard Pratt at www.sheppardpratt.org/donate.

Expressions of sympathy may be made to StaufferFuneralHome.com.

To order memorial trees or send flowers to the family in memory of Neil Bechtol, please visit our flower store.