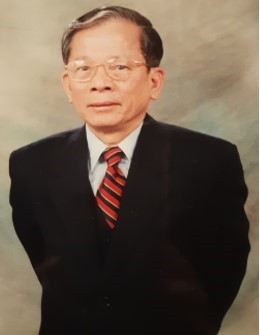 Ninh Quy Dao December 30, 1935 – June 15, 2022 (age 86) Ninh Quy Dao, born on December 30, 1935, passed peacefully from this life at the age of 86 to join his Lord and Savior on Wednesday, June 15, 2022 at the Frederick Memorial Hospital, while surrounded by loved ones. Born in 1935 in Hanoi, Vietnam, Ninh Dao was a highly regarded officer who served in the South Vietnamese Army as Lieutenant Colonel. At the age of 19, Ninh made the difficult decision of moving from North Vietnam to Saigon City in the South, leaving his parents and siblings behind in the North. While training to be an officer, Ninh met his loving wife, Thi Thi Ta. Together, they raised nine children—five daughters and four sons. Ninh and his family migrated to the US in 1975 during the fall of Saigon. The family followed the flow of Vietnamese refugees to the United States of America and forged a new beginning. All 12 members of Ninh’s family, including his brother-in-law Viet Ta, were immensely fortunate to be sponsored by his friend Lt. Colonel John Schaffer and his family upon their arrival to the U.S. in New Carrollton. With the help of the Schaffer and Taylor families, Ninh soon began his journey as an American working two jobs to support their large family; his first job was at High's Dairy. Ninh was forever grateful for the opportunities presented to him, and he openly embraced what life afforded him. He was known for generously expressing his appreciation for others. In the summer of 1976, Ninh got a job at the University of Maryland Health Center in College Park as Business Manager, where he developed great friendships with colleagues and students. He was so dedicated to education that he took part-me night classes at the University of Maryland, University College, and earned a BA in Business and Political Science in 1991. With his tuition remission benefits, several of his children and grandchildren also became UMD graduates. GO TERPS! He was very passionate about tennis, and shared his love of the sport with his friends and family. His UMD colleague Tom Ruggieri shared, "Try as we might, we could never beat him." Ninh always made me for his family and did his best to always be present as a loving father. He always encouraged his children and grandchildren to be the best versions of themselves, as proud representatives of the Dao family. As Ninh’s children grew up, graduated from college, and married, Ninh was blessed with 15 grandchildren, and 5 great grandchildren in Germany. Ninh’s grandchildren were his greatest pride and joy. He loved hearing of their accomplishments and especially enjoyed spending me with his grandchildren on the weekends. Ninh loved setting the table for his grandkids, stocking the pantry with sweets and snacks the parents wouldn’t allow them to eat, and dressing up as Santa on Christmas Eve. He eventually became a great-grandfather to five beautiful great-grandchildren. His spirit lives on through his family—his children, grandchildren, and great-grandchildren—and all those who loved him. He has joined his beloved wife, Thi, in heaven. His family sends a special thank you to the staff, doctors, and nurses at the Frederick Health Hospital and Frederick Health Hospice for their dedication to caring and comforting our beloved father for almost a month while he was treated there. In lieu of flowers, donations may be made in Ninh Dao’s memory to the Frederick Health Hospital. hps://frederickhealth.org/donate. As you pray for his soul, you may pray for Ninh Dao with his chosen saint name of Joseph.

To order memorial trees or send flowers to the family in memory of Ninh Dao, please visit our flower store.