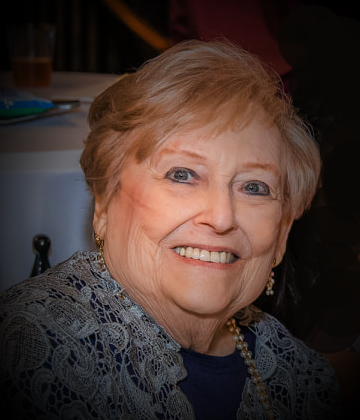 Norma Colvin Wachter Falcone, 82, of Frederick, MD passed away peacefully in her home on Tuesday, May 31, 2022.

Born on March 23, 1940, in Hagerstown, MD, she was the daughter of the late Harry A. Colvin and Nellie Beaver Colvin.

Norma retired from sales with Mary Kay Cosmetics and previously taught driver’s education. After retirement, she was the founder of the WOW Gals Chapter of the Red Hat Society. She was an active leader in the New Friends Club of Frederick which sought to achieve one of Norma’s passions: to bring people together. Norma used this passion to engage in acts of philanthropy throughout her community.

Norma was singularly devoted to her family throughout her life as a wife, mother, daughter, sister, aunt, Super Nana, and proud Nanny to many. Norma served as a surrogate mom and Nana to many of her children’s friends and neighbors. Her house welcomed all guests for a variety of celebrations, events, holidays, and other gatherings.

She was a devoted dog and cat mom and was able to give a great home to her fur babies over the years. She was a fervent political activist and competitive card player. Her other interests became notably diversified over time as they always assimilated with the interests of those closest to her. She loved to be involved in all their interests and activities. When pursuing familiar and new interests, it always seemed as if Norma knew and was a friend to everyone. She reliably lifted the spirits of those around her.

For 43 years, she shared a full life of love and adventures with her husband, Nick. Through thick and thin, in sickness and in health, they supported each other through the journey of life. They were each other’s biggest fans. While every season was not always a winning one, they left us a legacy of learning to win together.

A private final resting place ceremony will be held at Rose Hill Cemetery in Hagerstown.

In lieu of flowers, memorial donations may be made to National Multiple Sclerosis Society, American Lung Association, or Doey’s House (Hospice of Washington County).

To order memorial trees or send flowers to the family in memory of Norma Wachter Falcone, please visit our flower store.