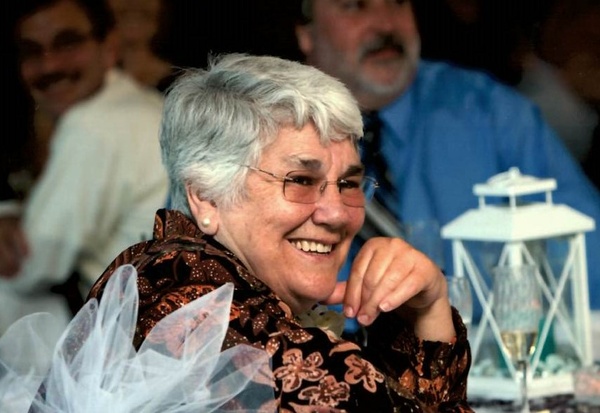 Olive Catherine Draper, 82, of Fairplay, Maryland, passed from this life on Sunday, March 27, 2022 at Meritus Medical Center in Hagerstown. She was the loving wife of the late Wayne Edward Draper.
Born on August 27, 1939, in Boonsboro, she was the daughter of Floyd Nelson and Catherine Olive (Shilling) Bowman.
Olive was a 1957 graduate of Boonsboro High School. She was a homemaker and worked for Ben's Flower Shop in Hagerstown. She was a member of Trinity Reformed United Church of Christ in Boonsboro.
Olive loved to visit her family often and to take car rides on the weekends. She played the trumpet in the historical Rohrersville Band after playing for years with her siblings in the Bowman Band. Olive also loved her constant companion, "Max", her Yorkie.
She is survived by sons, Brian W. Draper and wife, Kathi, of Fairplay, and Dwayne E. Draper and wife, Emilee, of Williamsport; four grandchildren, Jessica Downey and husband, Ryan, of Myersville, Jeremiah Draper and wife, Sara, of Bedington, WV, Spencer Draper and wife, Ashton and Elizabeth Pangborn and husband, Chris, all of Kendallville, IN; seven great-grandchildren, Jack, Luke, Emmie, Saylor, Blakelee, Zyan, Nyla, and Liam; sisters, Arvella Lutz, Orpha Wade; brother, Marshall Bowman; sisters-in-law, Mary Deike, and Norma Zeger; brothers-in-law, Robert Draper, Roger Draper, and Terry Draper; niece, Shelva Lohman; and many other nieces and nephews.
Olive was preceded in death by her brothers and sisters, George Bowman, Roger Bowman, Glen Bowman, Evelyn Griffith, Rhea Stup, Zella Koogle, and Charlotte Keller.
The family will receive friends from 6 to 8 p.m. on Thursday, March 31, 2022 at Bast-Stauffer Funeral Home, 7606 Old National Pike in Boonsboro.
A celebration of Olive's life journey will take place at 11 a.m. on Friday, April 1, 2022, at Bast-Stauffer Funeral Home in Boonsboro. Rev. Edward J. Wade will officiate. Burial will be held at Boonsboro Cemetery.
Expressions of sympathy may be offered to the family at StaufferFuneralHome.com.
To order memorial trees or send flowers to the family in memory of Olive Draper, please visit our flower store.