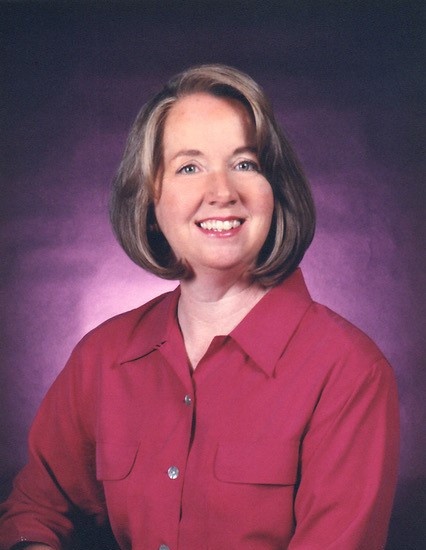 Pamela Long Wofford passed away peacefully at her home near Woodsboro, Maryland, Saturday, June 25, 2022, from Alzheimer’s disease. She was 74. Born April 1, 1948, in Baton Rouge, Louisiana, Pam was the second child of U.S. Sen. Russell B. Long and his first wife, Katherine Hattic Long. She was a granddaughter of Louisiana Gov. and U.S. Sen. Huey P. Long and his wife, U.S. Sen. Rose McConnell Long, as well as Frederick C. Hattic and Rita Rust Hattic.

Pam was an infant when her father was elected to the U.S. Senate in 1948, and the family lived in the Maryland suburbs of Washington, D.C., in her early childhood. During the governorship of her great-uncle, Earl K. Long, the family relocated to Baton Rouge in 1956.

Pam graduated high school in 1966 and then attended Duke University, where she met her future husband, Prescott L. McCardell, who was stationed at Fort Bragg in the Army Special Forces as a Green Beret medic. Following Scott’s service in the Vietnam War, they were married in 1970 in Baton Rouge, and moved to Colorado Springs, Colorado, where their daughter, Audra McCardell, was born. In 1974, the couple moved to Lexington, Kentucky, where Pam received her Bachelor of Arts, with honors in psychology from the University of Kentucky in 1976.

Pam had a lifelong love of horses that began in her youth on the Louisiana quarter horse show circuit, including a state championship, and culminated in a 40-year career raising and racing thoroughbreds. In Kentucky, she owned and operated Greenfield Farm near Versailles and Roselawn Farm near Danville. Her racehorses achieved success throughout the country, and she was named the most-winning owner at Philadelphia Park Racecourse in the early 1990s.

Following her divorce in 1993, Pam married Dr. Douglas L. Wofford in 1996. They lived in California and Maryland before separating in 2018.

Pam described her years living closer to her daughter’s family on a small farm near Woodsboro, Maryland, as her most spiritually meaningful and impactful. She was a faithful and active member of Thurmont Church of the Brethren, where she co-founded the Grandmother’s Prayers Ministry, which provides spiritual guidance and financial support to young mothers overcoming drug addiction through their participation in the Mountain Manor Safe Harbor Project. This life-changing ministry led by her close friend, the Rev. Linda Lambert, is now a mission of the newly established Mission Point Fellowship at Beaver Dam.

Pam is universally remembered as sweet, good-natured and generous, always smiling, laughing and appreciating the humor in all circumstances. She possessed many exceptional gifts, including a brilliant mind with a flair for creative writing, a love of singing and the ability to instantly memorize and recall music and lyrics. Forever in blue jeans, she was an outstanding horsewoman who preferred the simple pleasures of country living to a life in the limelight. She was a loving and devoted wife, mother and grandmother, and a beautiful model of humble Christian faith.

A local memorial service and interment at Roselawn Memorial Park in Baton Rouge will take place at a later date. The family wishes to express heartfelt gratitude to Pam’s caregivers, Janey and Lloyd Lambert, Nellie Miller, Ann Hutts and Alicia Wheeler, for their devotion and loving companionship during her declining years. Memorial donations to support Pam’s beloved Grandmother’s Prayers Ministry may be made to Mission Point Fellowship, P.O. Box 126, Woodsboro, MD 21798.

To order memorial trees or send flowers to the family in memory of Pamela Wofford, please visit our flower store.