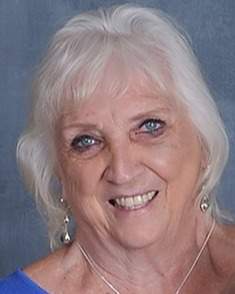 Patricia (Pat) Ann Marie Wolfe, 76, of Middletown, Maryland passed from this life on Friday, July 22, 2022 after many years of battling cancer. She was the loving wife of the late Eric (Rick) Wolfe for 48 years.
Born on February 25, 1946 in Detroit, Michigan, she was the daughter of the late Edward Anthony Macelt and Florence Theresa (Jerzewski) Macelt.

Pat, as she was known, graduated from Northeastern High School in Detroit, Michigan. She worked for COMSAT in Rockville for over 34 years as an administrative assistant.  Patricia was a devoted mother, a very warm and caring person who enjoyed spending time with friends and family, Rick and Pat often hosted celebrations at their home. She also enjoyed gardening, especially growing Polish tomatoes, taking cruises with her husband, dancing, and spoiling her grandson who was the light of her life in later years.

A celebration of Patricia’s life will take place at 11:00am on September 24, 2022 at Stauffer Funeral Home, 1621 Opossumtown Pike, Frederick, MD 21702.  Interment will be at Arlington National Cemetery at a later date.

To order memorial trees or send flowers to the family in memory of Patricia (Pat) Ann Marie Wolfe, please visit our flower store.

To be announced at a later date