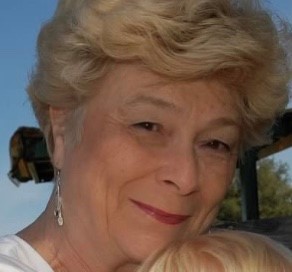 Patricia Thomas, 78, of Frederick, Maryland, passed away on December 13, 2021 at Somerford Assisted-Living. She was the wife of the late Albert Ralph Thomas.

Born on April 5, 1943, in Winnipeg ,Manitoba Canada she was the daughter of the late John and Edna O’Leary. Patricia moved to the United States and was employed by the Canadian Embassy before she married her beloved husband Albert. They shared many adventures together, moving to San Antonio, Texas in 1980 where they spent the next 35 years. In 2016, they moved to Maryland and in 2018 Albert passed.

She is survived by her daughter, Megan Byrne and husband Matt; three grandsons Jack, Wyatt and Luke Byrne; as well as so many friends.

Service will be private.

To order memorial trees or send flowers to the family in memory of Patricia Thomas, please visit our flower store.