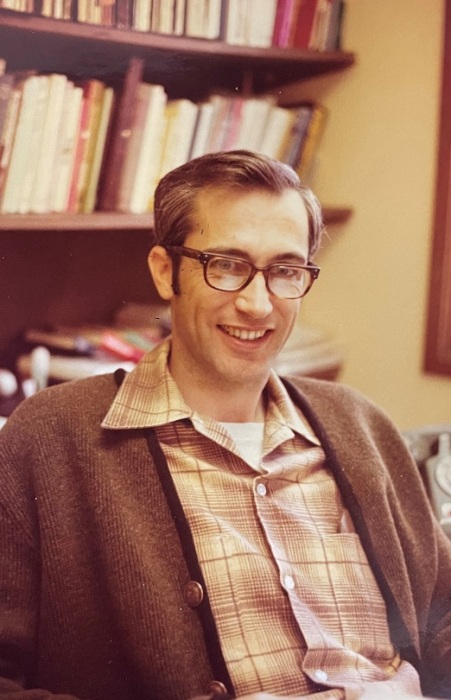 Paul Bradley Chance, PHD was born in Glen Burnie, Maryland.  He was the fourth of five children of Edward G. and Dorothy E. Kendall Chance.  He graduated from Towson University, received his Master’s degree from the University of Northern Colorado and his PHD in Psychology from Utah State.  He started his professional career as a teacher at the high school level and later taught at the university level.

Paul served in the U.S. Navy from February 1967 to December 1969.  He was honorably discharged with the rank of Lieutenant.  Following his discharge, he attended Utah State University and served as a research and teaching assistant.

Upon obtaining his PhD, he began employment at Psychology Today magazine.  Within a few years he was the Assistant Managing Editor of the magazine for several years.  As a freelance writer he authored three books that are still in print and numerous articles published in magazines and professional journals.   Learning and Behavior is his most popular textbook in use in Psychology programs in universities in the U.S. and foreign countries since it was first published in 1979.  His other books are First Course in Applied Behavioral Analysis and The Teacher’s Craft.

Paul received awards, commendations, grants and letters from people
thanking him for his many articles, presentations, and other activities that made a difference in their lives.  He served on the Advisory Board of the Association for Science in Autism Treatment.

Paul passed from this life on November 15, 2021.  He is survived by one brother, Robert G. Chance and one sister, Dorothy A. Strawsburg.  Two brothers predeceased him:  Thomas E. Chance and Richard H. Chance.
He has many nieces and nephews who remember him fondly. He also leaves two former wives: Diane Chance of Oregon and Hisae Aoki of Japan.

In accordance with his wishes there will be no public funeral.

To order memorial trees or send flowers to the family in memory of Paul Chance, PHD, please visit our flower store.