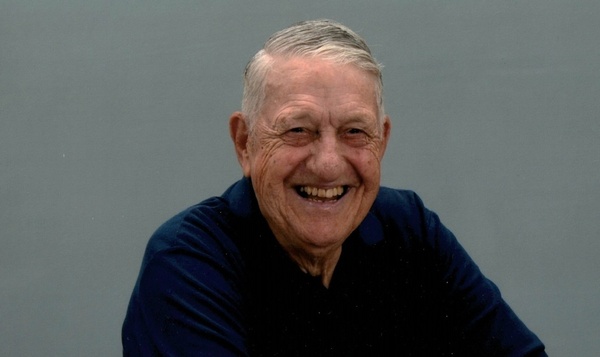 Paul Delbert Stull, 87 of Bethel Rd Mountaindale passed from this life on Saturday, March 19th, 2022. He was the husband of the late Shirley Rice Stull for 67 years. Born July 24th, 1934, a son of the late Paul W. and Catherine Hamrick Stull. Delbert retired in 1992 from Airpax, formerly Price Electric after 41 years, where he was a member of the Husky Club. He was an avid outdoorsman who enjoyed hunting, fishing, and putting in a large garden every year. Other hobbies included going to yard sales and public auctions. In his early years he played on many softball teams in the area, such as, The Mountaindale Grocers, BZ Bees, Lewistown, and Shookstown teams. At age 16, he was named Rookie of the year. Later that year he was approached by the Philadelphia Phillies to play for them, but he turned down the offer to stay close to his family. He was a lifelong fan of the N.Y Yankees, never missing a televised game. Delbert was a Life Member of the Lewistown District Volunteer Fire Department where he was very active for 47 years. He was a “top responder” for numerous years and served on the Board of Directors for multiple terms. Delbert was well known in the county for frying oysters at the fire company dinners and at the food tent during the Great Frederick Fair. In 2007, he was inducted into the Frederick County Volunteer Fire and Rescue Association Hall of Fame. Additionally, in 2021 he was awarded the first “Heart of a Volunteer” award by the same organization. He was a charter member of the Lewistown Ruritan Club and the board of directors for the “Little Church on the Hill” in Lewistown. Delbert is survived by four children, sons, David Stull and wife Audrey of St. Thomas, PA, James Stull and wife Terri, Steven Stull and wife Karen, all of Walkersville, Md, and daughter Sheryl Bradshaw of Emmitsburg, Md. Also surviving are 9 grandchildren, April Kesselring and husband Brain, David Stull Jr, Brian Stull, Daryl Stull and wife Alexis, Jamie Stull and husband Brendan, Danielle Herrick and husband Aaron, Kristyn Wagner and husband Michael, Tyler Stull, and Katelyn Bradshaw and partner Brandon Ashmen Soboleski. Eight great grandchildren including, Ashley Kesselring, Isaac and Elizabeth Stull, Madison and Keith Herrick, Emmalyn, Grayson, and Coletyn Wagner. Also survived by two sisters, Janis Marshall, and Nancy Rippeon. In addition to his wife and parents, he was preceded in death by a grandson Matthew Paul Bradshaw and sister, Shirley Hoffman.
The family will receive friends from 2-4PM and 6-8PM on Wednesday, March 23, 2022 at Stauffer Funeral Homes, P.A. (Fred), 1621 Opossumtown Pike in Frederick, MD.

A celebration of Paul's life journey will take place at 10:30 am on Thursday, March 24, 2022, at Stauffer Funeral Home.
Burial will be at Resthaven Memorial Garden, Garden of Christus. A Fireman’s Funeral procession will be held prior to burial. A joint ceremony of life will be held at Lewistown Volunteer Fire Department for Paul and late wife, Shirley.
Memorial donations can be made to the Lewistown Volunteer Fire Dept, Mt Prospect Church and Cemetery Association of Lewistown Md, St. Jude Children’s Hospital, or Shriners.

To order memorial trees or send flowers to the family in memory of Paul Stull, please visit our flower store.